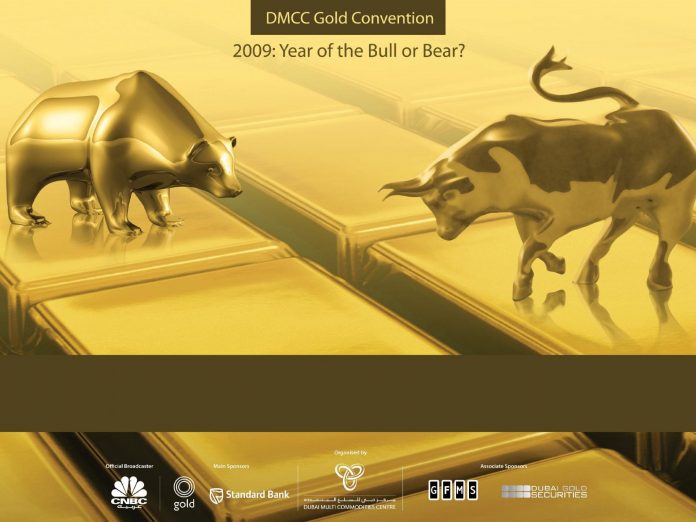 Gold prices settled lower for the week last Friday, suffering from their first monthly decline since March. The fourth straight weekly fall was driven by a rise in global bond yields, which diminished appetite for precious metals.

A steadying U.S. dollar and equity markets and mostly upbeat economic data, added pressure to silver and gold futures for the session. Still, the yellow metal still finished the first half of the year with a gain of nearly 8%.

Support for gold prices at the start of the year has rested in a weaker U.S. dollar and low real interest rates. But looking forward to the second half of the year, these drivers seem unlikely to be repeated. Real interest rates have risen over the past month, and U.S. Federal Reserve policy is to provide further support to real rates, creating additional pressure on gold prices.

The dollar, as measured by the ICE U.S. Dollar Index was up about 0.1%, bucking up after the PCE data. Year to date, however, it was down over 6%.

Fears that central banks in Europe and the U.S., some of the largest buyers of government bonds, may be shifting from a dovish to a more hawkish posture, has jolted government-bond prices lower, delivering a sudden jolt higher to yields, which move inversely to prices. Higher yields tend to increase the opportunity cost of purchasing commodities that don’t offer a yield to assets, like bonds, which are seeing yields pick up.

Investors turn increasingly bearish on precious metals and most of them expect gold prices to fall more over the next week.

Gold broke the triangle formation on the downside. Therefore, it is likely that the metal together with silver will be going down for the next couple of weeks.

Stocks have remained pretty resilient overall despite some down days lately and this also puts further pressure on the precious metals.

On the contrarian side,  gold prices are due for a bounce as fundamentals remain positive — weak dollar, geopolitical tensions and U.S. political uncertainty.