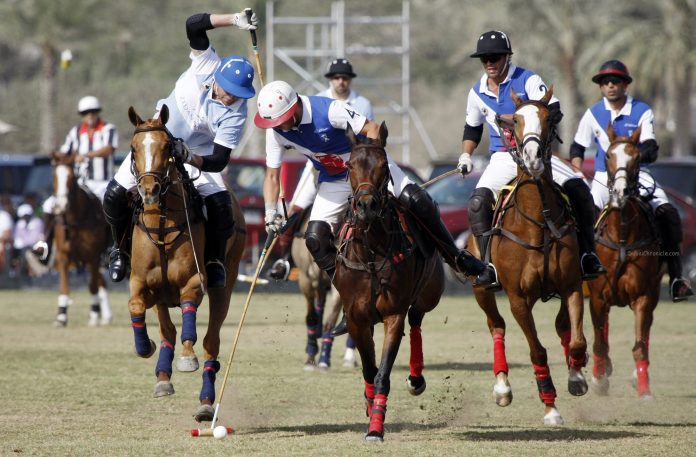 The organising committee of the 2016 Dubai Gold Cup Series (Dubai Open) has unveiled details of the first-ever HH Sheikh Maktoum Bin Mohammed Polo Cup, which will conclude the 2016 high-goal series.

Mohammed Al Habtoor, Founder of the tournament, which is now the biggest polo event in the region, commended the prominent role played by His Highness Sheikh Maktoum Bin Mohammad Bin Rashid Al Maktoum, Deputy Ruler of Dubai, through his patronage of the Dubai Polo Gold Cup Series since inception. He said that the introduction of the new tournament, named in honour of Sheikh Maktoum bin Mohammed would add a new dimension to the Championship and build on the successes of the entire Series.

“No words can describe our happiness with the introduction of the tournament,” he said. “Our ambition has no limits.”

Al Habtoor thanked HH Sheikh Maktoum bin Mohammed for his ongoing support of the ‘Sport of Kings’, and said the growth of polo in the Dubai was down to the patrons, teams and supporters. “We have all played a key role in the growth of Polo in Dubai. The city is now well and truly on the global polo circuit, which is a great source of pride for us all,” he added.

The 18-goal event – one of the highest handicap tournaments in the region – will run from Friday March 18, 2016 to Saturday April 2, 2016 at the Al Habtoor Polo Resort & Club, a new equestrian centre currently under construction in DubaiLand.

Mohammed Al Habtoor added, “Each year the Dubai Gold Cup Series gets better and better attracting more teams and more players from the region and around the world. We are really pleased with its continued success.  The introduction of new tournaments, like the HH Sheikh Maktoum Bin Mohammed Polo Cup, has been welcomed by everyone. This motivates us even further.”

Al Habtoor, who is head of the organising committee, confirmed that work is underway to extend the polo season in the United Arab Emirates to nine months.  “This will undoubtedly attract the major teams and the best players around the world,” he said.