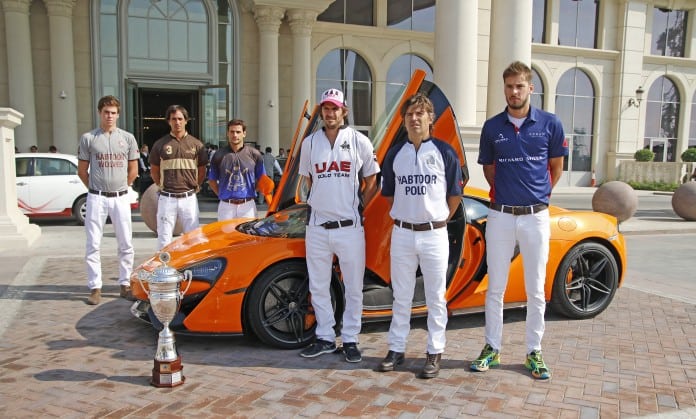 The tournament is now the highest handicap in the UAE. At the pressconference on Monday, January 18, 2016 at The St. Regis Dubai at Al Habtoor City, the organisingcommittee conducted a live draw for the McLaren Cup 2016.

The Dubai Polo Gold Cup Seriesis the fourth-largest tournament of its kind after Argentina, the US and theUK. First founded by Mohammed Al Habtoor in 2009, the tournament is the premier regional polocompetition of the year, and attracts VIPs, society figures, and senior corporate executives from across the GCC. It has grown in tandem with the city of Dubai and since 2012, it is the only tournament in the UAE tobe recognized and certified by the World Polo Tour (WPT). It is played under the banner of the HurlinghamPolo Association (HPA), with the Gold Cup being played according to HPA rules and the provision ofumpires is managed under strict international supervision by the HPA.

Mohammed Al Habtoor, Founder of the tournament and patron of the Habtoor Polo team said, “This yearthere are nine teams playing in the Dubai Polo Gold Cup Series, further evidence that the competition ispicking up momentum.

Sixpolo teams will be participating in the McLaren Cup 2016 18-goal handicap: