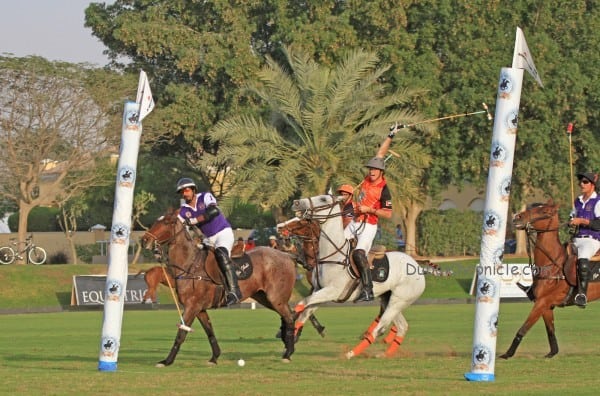 After two great matches, both ended in overtime, they will play for the first trophy of the Dubai Polo Gold Cup Series

Habtoor Polo and Abu Dhabi won their respective matches in the semifinals against Bin Drai and Ghantoot and qualified for the final of the Silver Cup, Dubai Polo Gold Cup Series 2013.

Habtoor Polo had to do their best to beat Bin Drai in overtime by 7 goals to 6.

Mohammed Al Habtoor´s team had a great start and got a difference of three goals in the first chukkas (4-1) but in the second half Bin Drai had a fantastic reaction that made them tie the game and put the pressure back on Habtoor.

Good actions were seen in the final minutes of the fourth chukka with both teams trying to untied the game, with less than a minute to go, Mohammed Al Habtoor scored a great goal and send the game in to overtime.

Finally, thanks to a 30 yard penalty made by Ezequiel Martínez, Habtoor Polo reached the victory and qualified to the final of the Silver Cup.

In the second match of the day, Abu Dhabi defeated Ghantoot also in overtime by 10 goals to 9.

It was a great polo game, full of great actions and intensity.

Faris Al Yabouni´s team played their best match of the season to defeat the great favourite to the title. An excellent team work in attack an deffense made Abu Dhabi win a tough match and gave them the ticket to the final.

The final of the Silver Cup will be held on Saturday 16th at 4pm in the Dubai Polo & Equestrian Club.

Held under the patronage of His Highness Sheikh Maktoum bin Mohammed bin Rashid Al Maktoum, Deputy Ruler of Dubai, the tournament has grown in tandem with the city of Dubai.
With its exciting mix of top-class sportsmanship and glamour, it has earned a reputation as one of the most prestigious events on the international polo calendar. It’s also one of the most important annual tournaments in the region and always attracts a high profile crowd. This year it looks set to be more popular than ever and some of the most respected names from the world of polo have confirmed their participation. 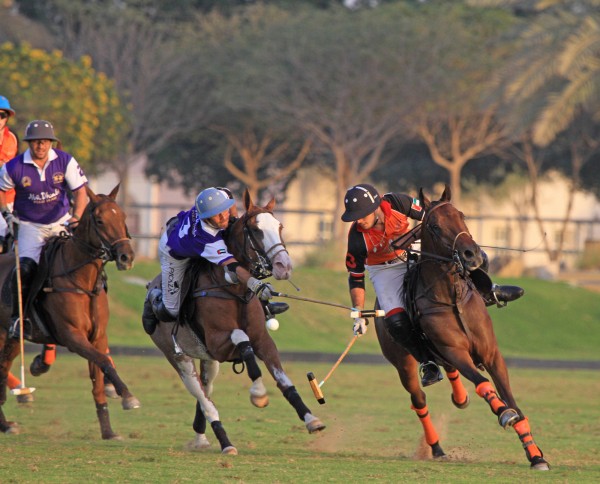 As always the Dubai Polo Gold Cup series promises the very best in sportsmanship, entertainment of the highest level and an atmosphere unlike any other polo event.

“I am proud to see Dubai playing host to yet another top polo event,” said Mohammed Al Habtoor, the Chairman of the Dubai Polo Gold Cup Series during the presentation of the tournament last sunday 27th January. “Each year the event reaches new heights. Dubai has quickly gained popularity and found its place on the Polo world stage. In 2012 the Dubai Gold Cup Series was recognised by the World Polo Tour (WPT). We have been privileged to attract some big names to the event year after year. Of course it is lovely to see many familiar faces (players, officials and spectators), but it is also great to see new faces on and off the field. This year we have upped the stakes by increasing the handicap from 15 to 16 goals. This means the Dubai Polo Gold Cup Series (Dubai Open) is now the highest handicapped tournament in the Middle East, Africa and Asia. A great achievement! Last year I was fortunate to lead my team to victory.” 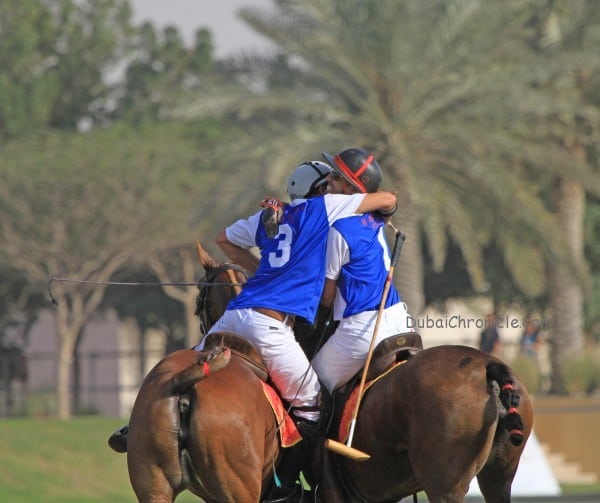