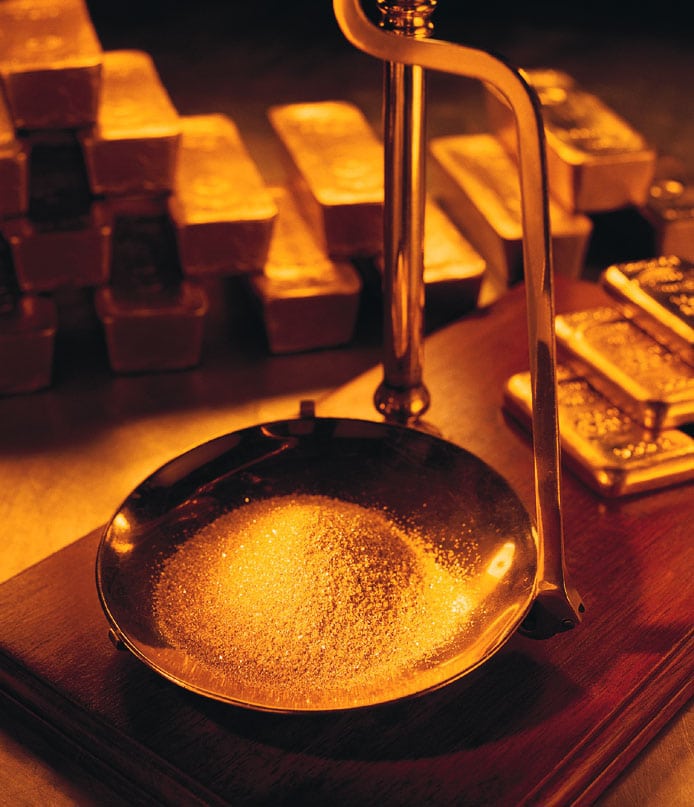 Gold futures advanced on Monday as continued skittishness around stocks fostered demand for the precious metal, which is once again viewed as a haven asset. A demand from Chinese buyers helped support an upswing in the yellow metal’s price. In addition, a weak data about inflation in the Euro zone helped convincing market participants.

April gold added $8.40, or 0.7% to reach $1,228.80 an ounce, after settling sharply lower on Friday and erasing what would have been a modest weekly gain. Still, the precious metal is on track to score a more than 10% gain in February, which would mark its biggest advance, based on a most-active contract, since Oct. 2002, when the metal rose 10.6%.

Appetite for gold came as Asian markets were mostly in the red, led by the Shanghai Composite down 2.9% Monday.

There was more dour inflation data coming out of the European Union Monday. The Euro zone consumer price index in February was reported at minus 0.2%, year-on-year. The European Central Bank will meet next week to decide whether to implement further monetary policy stimulus measures, in the face of worrisome deflationary price pressures.

Viewed as an asset that attracts bids in time of economic and stock-market uncertainty, gold has enjoyed some of its best buying in more than decade, largely due to concerns about the health of the global economy and the emergence of negative interest rates in Japan and parts of Europe.

A recent report from the Commodity Futures Trading Commission showed that speculators increased their net long position by 32% to 124,000 lots last week. That extends hedge funds’ bullish run to eight weeks of buying, the longest streak since 2012.

However, the sharp nature of gold’s recent rally has some traders uneasy that it might see a sharp pullback, and needs to cross a number of technical hurdles before solidifying its gains, particularly as investors await closely watched data, including the jobs report due Friday.

Technically gold needs to break and trade over $1,276 an ounce this week to attract short covering. So-called short covering refers to investors unwinding negative bets that gold’s price will retreat.

On Monday, a modestly stronger dollar may serve as headwinds for dollar-denominated assets, making them more expensive to bidders using other currencies.