It seems pink is the new black and it will be likely favored by industrial designers at least during the next few years. It all started with the pink shade of gold finding a place as the third color for Cartier rings. In 2015, Apple also rediscovered the color with the launch of pink iPhones. Now a carmaker introduces a new type of premium compact vehicle – pink Q30. Obviously everyone is targeting the new type of consumer – young, unafraid to experiment and richer than his predecessors. 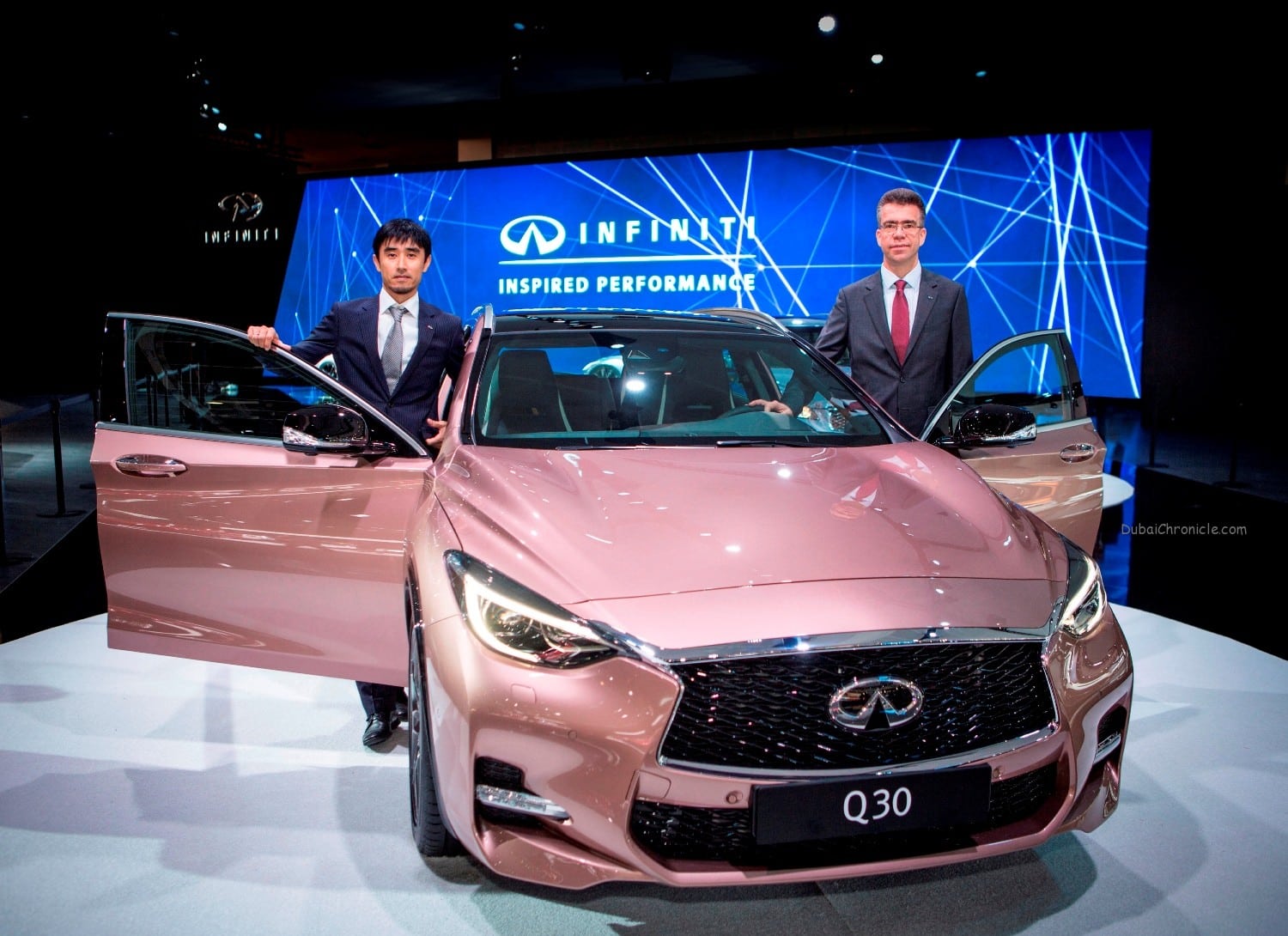 Q30 makes a daring visual statement through its sculpted, concept-car exterior, unconventional stance and asymmetric cabin design. The car has been engineered to exacting standards to deliver a driving experience that is unmistakably Infiniti.

The development teams behind the Q30 have taken a holistic approach to its engineering, presenting a car that offers exceptional ride and handling. It feels comfortable yet ‘ready to go anywhere’ thanks to the versatile dimensions, confident dynamics and intuitive technologies.

The Q30 launches in the Middle East in the second quarter of 2016 and will be available with 1.6L or 2.0L Turbo in a 2WD configuration. The 2.0L Turbo will also be offered with an optional AWD drivetrain.

Infiniti also unveiled the regional debut of four models during an exclusive press conference at the 13th edition of the Dubai International Motor Show.

From a business perspective, Infiniti has been firing on all cylinders in the region. In the first 10 months of the year (Jan – Oct) the brand has delivered almost 7,000 units to customers in the region at a growth rate of 20% amounting to a pace that is several times the pace of the premium market.

Schmitz added: “The vehicles we have on display showcase two key stories – the first being Infiniti’s pioneering design story as inspired by the Q80. The second message is how this design influence has been cascaded down to our soon to be produced Q60 concept as well as the production versions of the QX50 LWB and Q30.”