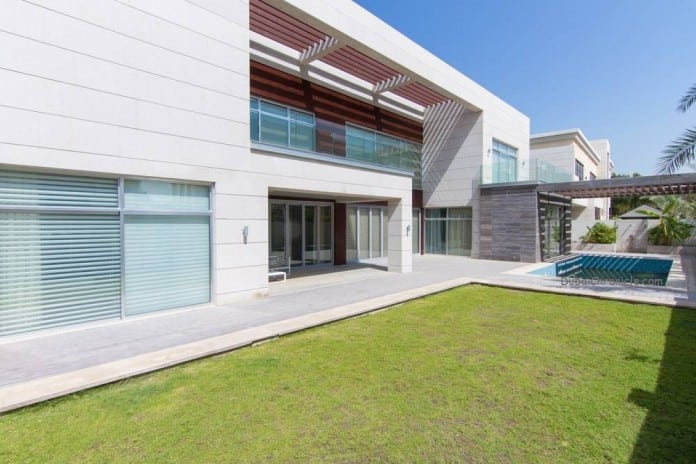 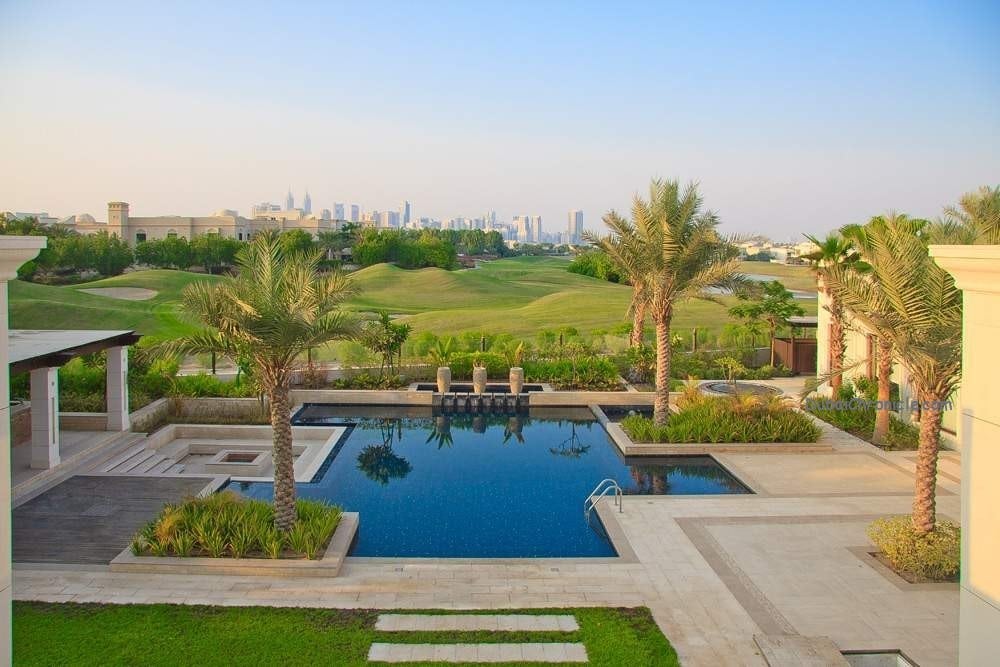 The most expensive property sold in the first quarter of 2015 in Dubai was a 19,698 square feet villa in Emirates Hills at AED 60 million. 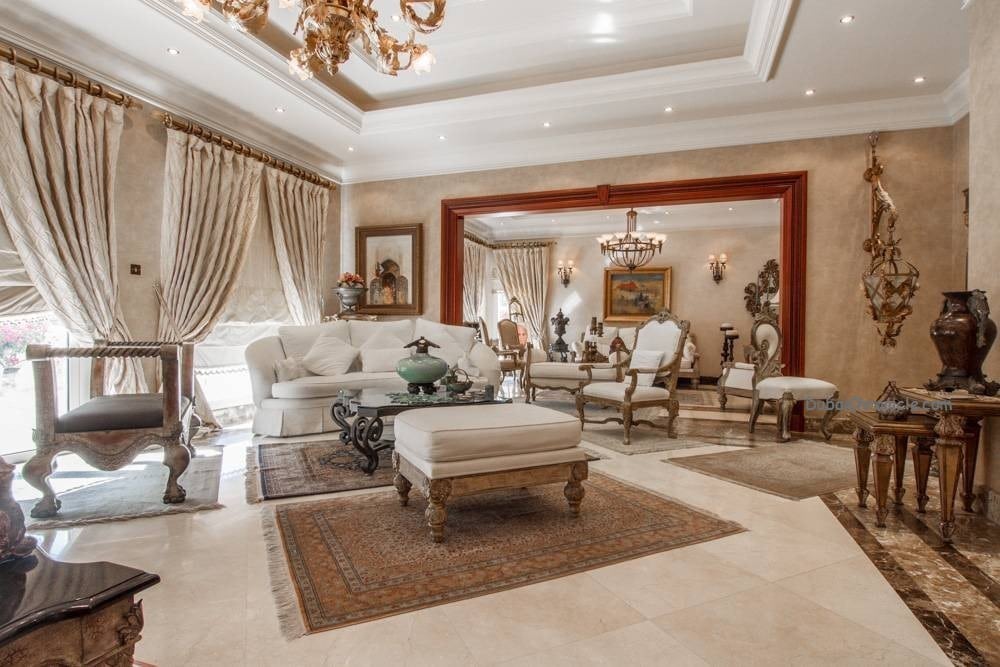 In the first quarter of 2015, the number of properties sold above AED 5 million exceeded 179 units, of which 24% were from the Palm Jumeirah area. In terms of value transacted, the Palm Jumeirahalso reported the highest with AED 516 million. The Emirates Hills area,however reported the second highest value of transactions, with AED 241 million villas sold in the first quarter at an average price of AED 34.5 million, the highest average price per property above AED 5 million sold in the first quarter. The highest average size per square foot was also from the Emirates Hills area at 15,166 square feet. 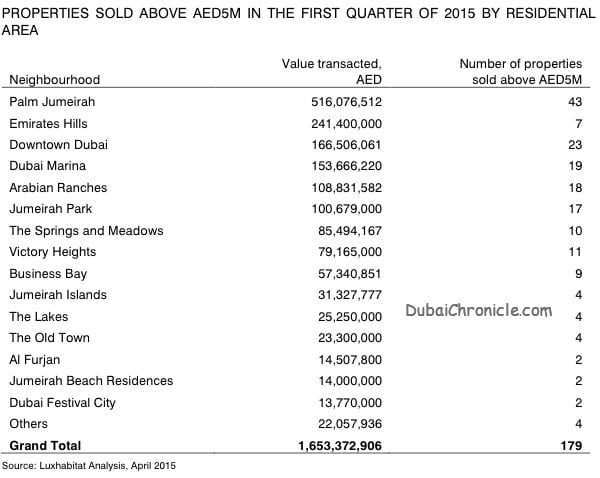