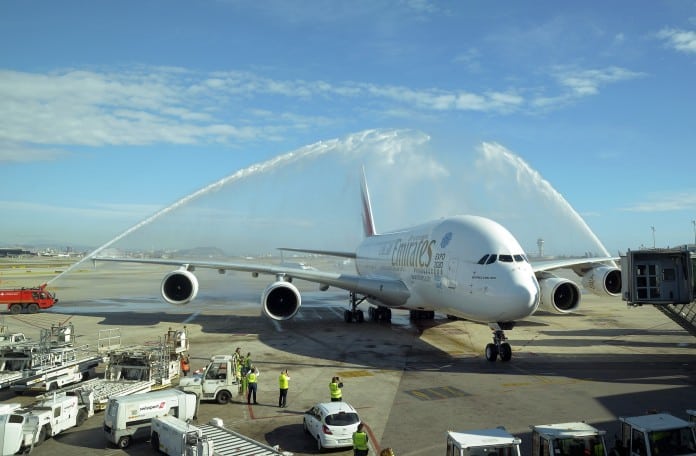 Opened in 2010, Al Maktoum International airport started operations with just one runway and only cargo flights. Just several months after it was opened for commercial passenger flights, 102,000 people went through the airport. Currently, it holds a passenger capacity of 6 million people, but new plans for expansion were revealed at the Arabian Travel Market. According to them, capacity will be increased to 26 million people by 2018 while airlines will start moving their operations from Dubai International Airport (DXB) to Al Maktoum (DWC).

However, this is just the first phase of the expansion work at the airport, which is the central part of Dubai World Central – an economic zone, which upon completion, will support activities, including aviation, logistics, commercial, humanitarian and other businesses. Although initial plans stated that capacity will handle 12 million tons of cargo and 160 million passengers annually, the numbers expected today are much bigger. According to Dubai Airports traffic will increase to 126 million passengers in the coming ten years due to a hike in demand. The significant expansion works, however, will eventually boost capacity to the incredible 240 million people per year.

This will include the building of airport zones with circulation hubs, projected to handle 20 million passengers each. In addition, they will be connected by rail. Previous plans also said that a high-speed rail system will connect the city’s two airports, while a dedicated Metro line will also serve Al Maktoum and offer customers easy transport to the central parts of Dubai. Enhanced services at the airport, including fast baggage checking, eased security checks with facial recognition and pre-clearance for passengers, will also be part of the new, ultra-modern airport.

Along with DWC, Dubai Airports is also working to increase capacity at Dubai International Airport. The new Concourse D at Terminal 1 will be opened in a few weeks and will be able to handle 18 million passengers a year. Spread across 65,000 sq. meters, it will be linked to Terminal 1 and passengers will be able to use transport to reach the gate, as well as to enjoy dining at the 20 new restaurants. Terminal 1 will have six check-in zones for the different airlines, along with 207 check-in desks, self-check in kiosks, easy security screening and more arrivals counters for the increased passenger numbers.