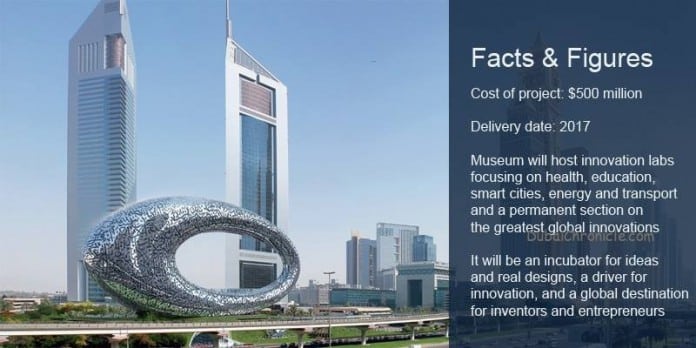 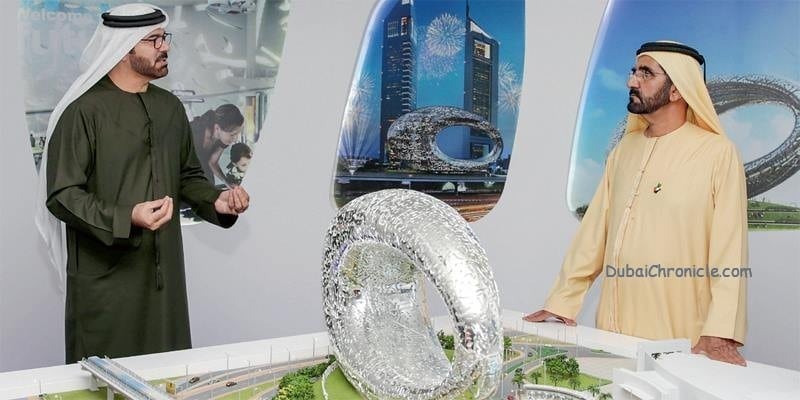 Plans for a new Museum of the Future were announced last week in Dubai. The project is aimed at supporting  UAE’s mission to be a global innovation engine.

As well as providing a permanent home for the world’s greatest innovations, the Museum will work to stimulate and incubate imaginative solutions to the challenges of future cities. It will bring together the brightest researchers, designers, inventors and financiers under one roof. This integrated environment will empower these creative minds to test, fund and market their ideas for futuristic prototypes and services. Rather than just displaying exhibits or publishing reports, the new institution will use design, technology prototyping and foresight to create real examples of change. The Museum is the first of its kind, and represents a leading example of entrepreneurial governments embracing change and creating futuristic visions for a better world.

Headed by His Highness Sheikh Hamdan bin Mohammed bin Rashid Al Maktoum, the Board of Trustees will include several high-profile national figures with His Excellency Mohammed Al Gergawi acting as its vice president. A large endowment will guarantee its continuation for generations to come.

The Museum will be located in the Emirates Towers area near Sheikh Zayed Road in Dubai, and will open in 2017. Visitors will be able to experience the future through cutting-edge simulations and interactive demonstrations.

The structure will incorporate bespoke technology including major sections built using 3D printing construction techniques. Its striking architecture will help the Museum to stand out as a destination for those seeking inspiration.

The Museum will host a group of innovation labs focusing on health, education, smart cities, energy and transport in addition to a permanent section on future innovations in all fields. It will provide a platform to demonstrate and test the latest inventions from world-leading tech giants and up-and-coming start-ups, as well as collaborations between companies and leading research institutes and universities.

The creation of the museum reflects His Highness Sheikh Mohammed’s vision that a new approach is required for fast-moving, dynamic, and uncertain times in order to create long-lasting innovations that benefit both organisations and society.

Design-led and future-orientated experimentation is an increasingly important capability for governments and the private sector. The Museum of the Future is founded on the concept that the best way to create these innovations is through forward-looking, design-led technology experimentation and prototyping.

The Museum will hold scientific conferences and offer advanced courses and specialised workshops on design and innovation covering the latest scientific developments, trends and designs as well as their practical applications.

It will contribute strongly to education by developing new curricula and novel approaches to design, innovation and entrepreneurship for students all over the world, in collaboration with the brightest and most experienced experts.

Once fully functioning, the Museum will become a major centre for anticipating future trends in all scientific and technological fields, collaborating with governments from all over the world to develop solutions for their current and future work and service challenges.

“The world is entering a new era of accelerated knowledge and great technological revolutions. We aim to lead in that era, not to follow and lag behind. The Museum of the Future is the first step of many to come, marking the beginning of great achievements,” His Highness Sheikh Mohammed bin Rashid said. 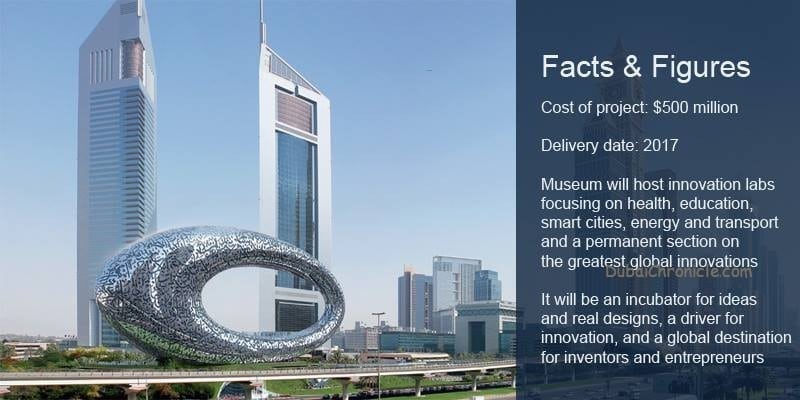