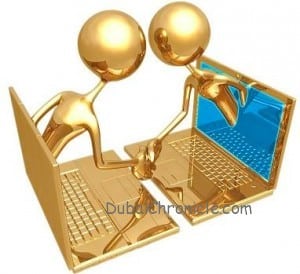 Which companies are the most innovative? Those that are most financially successful, or probably those with the most patent grants? Measuring innovation is much more complex and calls for months of analyzing – and it’s exactly what Fast Company did for its latest ranking of The World’s Top 50 Most Innovative Companies in 2015. Apple and Google are among the tech giants in the top 10, while Amazon and Twitter failed to earn a spot on this year’s list.

The business magazine Fast Company released one of its most significant and one of the most anticipated rankings of the year – Most Innovative Companies, which honors companies with progressive and intelligent business models, companies, dedicated to creativity and sustainability. But besides successful corporations and leading brands, this year’s list features rising newcomers such as WeWork, American Giant, and Line. Other honorees are major brands such as Toyota, Ikea, and L’Oreal and, as editors call them, “worldchanging” biotechnology companies like Gilead Sciences and Omada Health.

This year’s most innovative company, Warby Parker, is an eyewear maker, established only 5 years ago as a niche online shop, has become extremely successful and now has retail stores across the U.S., as well as revenue of over $100 million. Second on the list comes Apple, which is also ranked the most innovative technology company in the world and not for one thing, but more for its overall role in our technology-powered lives. And its latest mobile operation system, the iOS 8 is one of the greatest innovations, according to the magazine, with its several progressive features. Chinese e-commerce giant Alibaba, which seems like a mixture of eBay, Amazon and Paypal, is the world’s third most innovative company. And it’s much more than that – the ambitious company has entered new and surprising industries, from entertainment to banking and investment.

Another tech giant, Google, lands in fifth position, followed by Facebook’s image-sharing app and social media Instagram. Other notable mentions include major brands and business such as Tesla at No. 17, Toyota (No. 18), Netflix (No.30), Soundcloud (No.32), Kickstarter (No.33), Ikea (No.40), Samsung (No.41), and L’Oreal (No.50). Huge names such as Amazon, Microsoft, and Twitter didn’t make it to the top 50. Facebook, on the other hand, at least is represented by Instagram.

Another magazine, 24/7 Wall. St., which is one of the leading financial news website, also did an analysis of major companies, but it also measured the number of patent grants each company received in 2014. According to its list, the 10 most innovative companies are International Business Machines Corp or simply IBM, followed by Samsung, Canon, Sony, Microsoft, Toshiba, Qualcomm, Google, LG Electronics, and Panasonic.