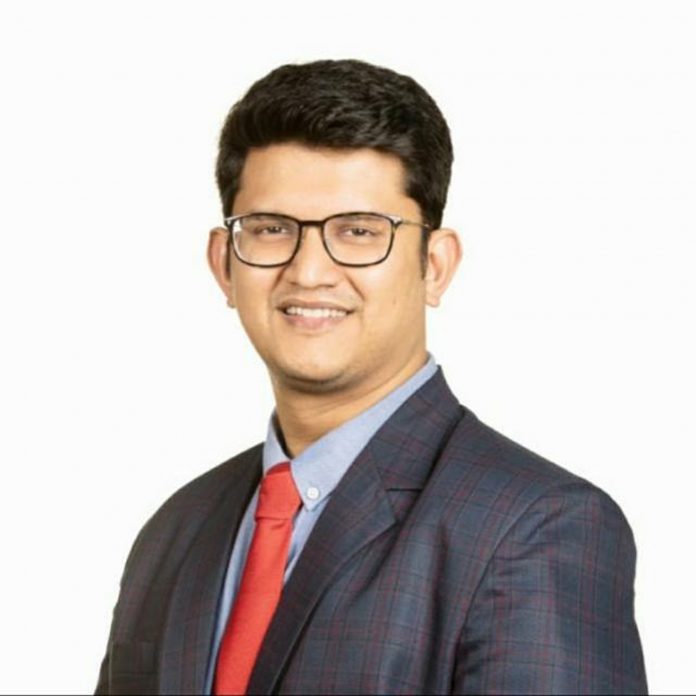 A 61-year-old Emirati patient has become the first in Abu Dhabi to benefit from a new treatment that reduces the debilitating symptoms of advanced Parkinson’s disease, helping him regain control over his life.

While there is no cure yet for this disease, the new treatment at Cleveland Clinic Abu Dhabi, which includes a gel formulation called Duodopa®, helps increase the levels of dopamine in the body through quick absorption in the small intestine.

The new procedure at Cleveland Clinic Abu Dhabi, an integral part of Mubadala Health, is part of the hospital’s effort to expand treatment options for patients with advanced Parkinson’s disease. Earlier this year, the hospital also became the first in the country to offer deep brain stimulation (DBS) treatment in which electrodes are implanted into precise areas of the brain to block rogue signals that cause motor problems such as tremors in patients with Parkinson’s disease.

The innovative treatment is an intestinal gel formulation administered over 16 hours with a portable pump directly into the small intestine. If the patient responds to the treatment, they can discontinue their oral medication as a continuous dose of dopamine is delivered to the brain throughout the day. Patients experience a significant reduction in their symptoms of muscle stiffness, slowness in movement and tremors.

The first Abu Dhabi-based patient who is receiving the gel pump treatment began experiencing symptoms of Parkinson’s disease in 2007. In the early stages of the disease, his care plan involved physical therapy and medication four times a day to control motor fluctuations. But as the disease advanced, the number of “off” periods, where the treatment effect wears off and symptoms cannot be controlled effectively, became more erratic and frequent.

“The disease had left my father incapable of driving, walking or sitting without support. We were all there for him, but he felt like his life was wasting away,” says his son, who wishes for his family to remain anonymous.

“We went to several hospitals to find an option that would help him regain his independence but did not receive satisfactory care. Then on the recommendation of friends, we decided to consult the doctors at Cleveland Clinic Abu Dhabi. This was a life-changing decision for my father.”

Dr. Shivam Om Mittal, Head of the Parkinson’s disease and Movement Disorders Center in the Neurological Institute at Cleveland Clinic Abu Dhabi, says that while most patients can manage their symptoms with the right medication and exercise prescribed by a specialist, those who develop motor fluctuations or need to take frequent medications can benefit from this advanced treatment option.

“The treatment for Parkinson’s disease is highly specialized and individualized. Every patient goes through a thorough analysis so that we can determine a care plan, which ranges from oral medications and physical therapy to deep brain stimulation and pump therapy, that will provide them with maximum results,” he says.

“Pump therapy is a great option for patients who cannot be referred for deep brain stimulation because they may have contraindications for brain surgery, such as balance issues, or if they suffer from anxiety, depression or other cognitive issues. For them, this gel formulation that is given directly in the intestine leads to a quicker absorption and better results than oral medication.”

Patients who are eligible for this treatment are first given the medication through a temporary nasogastric tube for 24 to 48 hours. If their symptoms improve, they are then fitted with a pump that can administer the medication throughout the day. The procedure is done endoscopically and involves a small incision in the stomach through which a feeding tube is inserted across the stomach and into the small intestine. Patients wear a battery powered pump attached to this tube for continuous infusion of the medication.

The palm-size pump is worn like a belt around the abdomen or around the neck. The gel cassette in the pump delivers the physician-prescribed dose and rate of the medication for 16 hours, and has to be changed every day.

Dr. Mittal says that this eliminates the need for oral medications throughout the day and gives the patient more independence.

“The immediate benefit is an instant improvement in symptoms and less motor fluctuations as dopamine is supplied in a controlled and continuous fashion, just as our body is used to. Long term, this allows patients to be physically active, which we know slows down the progression of the disease itself.”

Another ten patients with advanced Parkinson’s disease are scheduled to receive the same treatment at Cleveland Clinic Abu Dhabi this year.

“Patients often lose hope when they are told that they have Parkinson’s disease because they believe that they will be bedridden or in a wheelchair for the rest of their lives. But patients can have a long, independent life if they see a neurologist who specializes in movement disorders to assess the various advanced treatment options we have now.”

The patient’s son says that his father has seen “70 per cent improvement in his symptoms.”

“We are so happy to see him doing things on his own now. We appreciate everything that his care team at Cleveland Clinic Abu Dhabi has done for our family.”