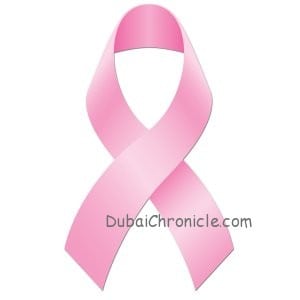 Marked on February 4 each year, World Cancer Day is designed to raise awareness of cancer and to promote its prevention, detection, and treatment. Setting the theme “Not Beyond Us” this year, the UN takes a positive and proactive approach to the fight against cancer, as experts point out that the single, most important risk factor for cancer around the world is tobacco use.

Cancer has been identified as the leading cause of death worldwide – it accounted for approximately 8.2 million deaths in 2012. Moreover, according to a research by the American Cancer Society, cancer has the most devastating economic impact of any disease – the economic cost of premature death and disability from it was worth $895 billion in 2008, which was 19 percent higher than heart disease. And data from the World Cancer Report 2014 shows that more people die from lung cancer than from any other type of cancer – researchers have estimated that every 30 seconds, someone dies from it. This is the most commonly diagnosed cancer, while the biggest cause turns out to be one of the most popular, yet most harmful and unpleasant habits – smoking.

Tobacco use causes 22% of global cancer deaths in low- and middle-income countries. However, the risk factors in men and women differ and while in women those are overexposure to hormones and sunlight, the predominant cause of all cancer in men is tobacco use. The most common types of cancer are also different for sexes – lung and oral cancers are the most common among men, while cervical and breast cancers in women. Lung, stomach, liver, colon and breast cancer result to the most cancer deaths today. According to the UN, deaths from cancer will only rise in the future – by 2013, there will be 13.1 million deaths from the dangerous disease.

But experts say it’s not so gloomy – although treatment is complicated, expensive and sometimes impossible, prevention and early detection can slow down the surge in cases we’ve seen in recent decades. It is estimated that around 30% of cancer deaths a influenced by five dietary and behavioral risks – high body mass index, low consumption of fruits and vegetables, lack of physical activity, tobacco use, and alcohol use. So, with little changes in lifestyle and diet, we could prevent some of the most common types of cancer.