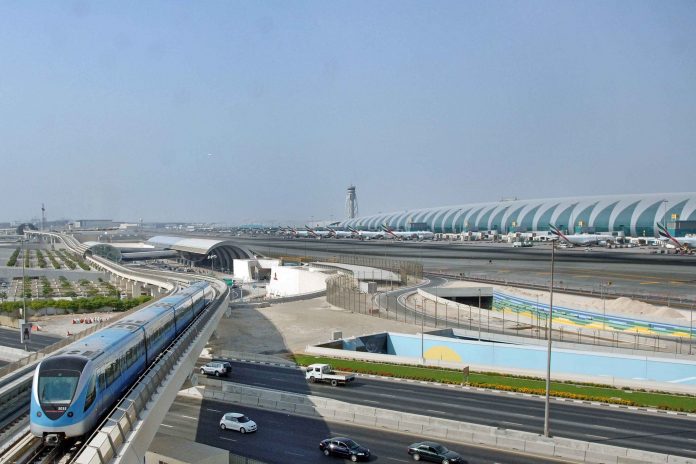 After the 80-day refurbishment of two runways, Dubai International Airport is expected to see an increased air traffic by approximately a third of the current levels. The increased aircraft movement means even more passenger traffic for one of the busiest airports on the planet.

Recently, the Dubai Air Navigation Services (DANS) announced data from its analysis of the first half of the year, showing an annual increase of 6.2% in the number of passengers. From January to July, Dubai International Airport welcomed 34.67 million passengers, despite the closure of two runways, which continued for 80 days and cut the flight numbers by 26%. The refurbishment included building of high-speed taxiways, which could allow the faster movement of aircraft and eliminate possible delays due to congestion.

Both Tim Clark, president of Emirates Airline, the largest local carrier that is mainly responsible for the airport’s rapid growth, and officials from the International Air Transport Association (IATA) have expressed concerns over a possible blockage. Unlike most airports around the world, which report an average growth of 3.5% a year, Dubai International increases the number of international travelers between 6 and 7% each year. This has prompted Dubai Airports Company, the operator of the airport, that new concourses should be constructed and the current runways need refurbishment. The additional taxiways on the southern runway, along with the Concourse D, which is still under construction, will boost capacity to meet the increased demand.

According to estimates, by 2016 the airport will be able to increase the peak time arrivals from 33 to 45 per hour. When Concourse D is completed and operational (by the end of 2015), Dubai International is expected to accommodate 92 million passengers. Annually, there are around 600,000 movements in the UAE airspace and by 2025, the number will jump to 1.62 million. Passenger traffic will also increase if the current situation continues – in the second quarter of the year, the airport had four times more travelers transiting than in Q1; from 102,137, they increased to nearly 476,000.