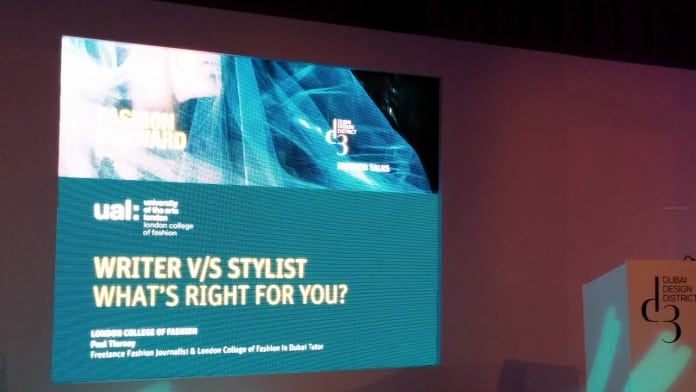 As much as we were excited about the next season of Fashion Forward during the past few weeks, equally disappointed we are now after we attended the second day of the much advertised Season 3. And the disappointment is caused not by a single incident, but by the failure of a number of fashion shows to demonstrate true innovation and style, in addition to the lack of depth of a few of the so called D3 talks. And if the lack of talent and unique vision may be excused with the rarity of these gifts – either you have it or you will never master it, failures in the organizational structure and the misconception of the event’s character can’t be excused.

Bragging about fashion is not what international fashion weeks are all about it! Extremely loud destructive surrounding music, plentiful availability of beverages, unsolicited and unqualified public allowed in only with the aim to increase revenues, lack of attention to detail – all made the Season 3 of Fashion Forward seem merely as a tiring and boring afternoon-time night club and nothing more.

If Dubai aims to become one of the world’s fashion capitals in the coming decade, which is a realistic and possible to achieve goal, it needs a professional team with significant experience in the fashion industry to organize and run competitive to international standard events.

People who dedicate their lives to fashion as creators, industry professionals or simply addicted followers, without exception are stylish, delicate, elegant and in most of the cases well mannered. They appreciate respectful, polite and classy attitude. This is not what Fashion Forward Season 3 offered.

Medinat Jumeirah’s halls where the fashion shows were staged were overcrowded, because the organizers allowed more visitors than the venue can accommodate. The discussions were frequently interrupted by loud music coming through the open doors when visitors were either coming in late or going out early. A significant number of the attendees should not have been let in, as they had no relation to the theme of the event. The presence of the general public caused tremendous stress to fashion industry professionals and media representatives genuinely interested in the event. A stampede in front of the halls’ entrance right before the start of a fashion show is not a mark for success, but rather a sign of organizational failure! 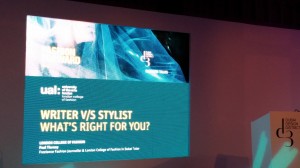 The lack of respect demonstrated towards fashion experts during the discussions was insulting. For example, during the seminar conducted by a writer associated with London College of Fashion and a considerable number of well established fashion magazines, two thirds of the attendees left. The issue is not that the writer’s speech was boring, but the lack of manners and intelligence of the public. Clad in abayas women exited during the first ten minutes as they most probably did not understand what he was talking about, while a big number of H&M-dressed teenage fans kept leaving until the end.

Fashion is an art and science! Merely throwing a loud party staging a few “lights, camera and music” shows in order to impress inexperienced young people is not enough to make Dubai a fashion capital and will always remain simply bragging, but nothing more.