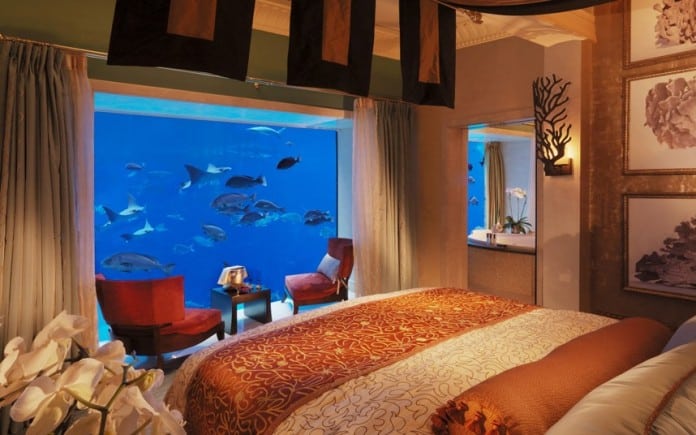 The hospitality sector in Dubai is going at fast pace with tens of hotels opening every year and constantly rising occupancy rates. Preparing to host World Expo 2020, the city has announced several major projects, designed to increase the number of hotel rooms and meet the growing demand. And while businesses are positive about the effect of the world’s fair on the local economic development and their growth, some international analysts are wondering if Expo 2020 could actually lead to hotel and infrastructure oversupply.

The hotel and hospitality sector in Dubai is the top contributor to the emirate’s economic growth. Therefore, new ambitious developments already underway are expected to double room capacity before 2020 when the city is expecting around 25 million visitors for Expo 2020. If all projects are successfully completed, the number of hotel rooms will increase by over 150%, according to experts. Some analysts say this will result in a post Expo 2020 oversupply, which will lead to lower occupancy rates and probably, lower prices. According to the MasterCard Global Destination Cities Index, Dubai received 9.9 million visitors in 2013 and if we consider these statistics correct, a 2020 target of 25 or even 20 million people is quite ambitious. The numbers may be even far more impressive if we look at the history of the most recent expos.

However, Dubai’s Department of Tourism and Commerce Marketing (DTCM) released its official figures for last year’s number of hotel guests, which reveal a different picture. Guests across city hotels and hotel apartments in 2013 reached a little over 11 million, which is an annual increase of 10 percent or 1 million people, compared to 2012’s numbers. Revenues also went up by 16 percent from the previous year, reaching AED 21.84 billion for 2013. Occupancy rate was around 80 percent, another increase from 2012. As a whole, the hotel and hospitality sector is experiencing a sustainable growth, which is expected to remain strong and by 2016, there will be nearly 114,000 hotel rooms and apartments.

If the growth in the tourism and hospitality sectors remains stable, the Expo 2020 target isn’t as unrealistic as it is viewed by some international analysts. Some of the major hotel developments include Nakheel’s Deira Islands project of up to 23,000 rooms and Mohammed Bin Rashid City which will feature around 100 new hotels. Many other hotel establishments are on the way, so the capacity will probably be doubled by 2020. The question is, will this lead to a hotel oversupply once the Expo is over?

Local developers and businesses are expecting a sustainable growth in tourism, so oversupply for the majority of them is out of the question. Besides an attractive place for leisure tourists, Dubai is becoming a hot spot for business travelers and medical tourists, as well – the numbers in these markets are also on the rise. And with the development of Dubai World Central, the launching of more local and international businesses in the city, the prospects for tourism are quite positive. In addition, the city has become very popular in the region for its high-end shopping destinations.

Whether Dubai will attract 20-25 million visitors for Expo 2020 or is hardly a debatable issue. For most experts, the numbers may even extend from what’s expected. But if Dubai cannot sustain the level of visitors estimated for the grand event, a hotel space and infrastructure oversupply will happen. A special strategy has been designed to avoid this – instead of targeting the traditional wealthy visitors, the new developments will cater to the lower end of the market. According to Nakheel Chairman Ali Rashid Lootah, more three- and four-star hotels are now considered. In order to attract a wider variety of visitors, hoteliers should focus on broadening the range of accommodation offerings. Last year, the city had already seen some new openings of two-, three-, and four-star properties in Downtown Dubai and other areas. The newly introduced “tourism dirham” fee (AED 7-20 per night, per room) will most probably discourage some lower-income tourists from visiting the city, but rich travelers will not be turned away by the new tax.

Overall, whether Dubai is facing post-Expo 2020 oversupply of infrastructure, office space and hotel rooms, depends mostly on how it plans to keep visitors’ interest. Certainly, the city has many attractions and unique things to show the visitor, but will they be enough?