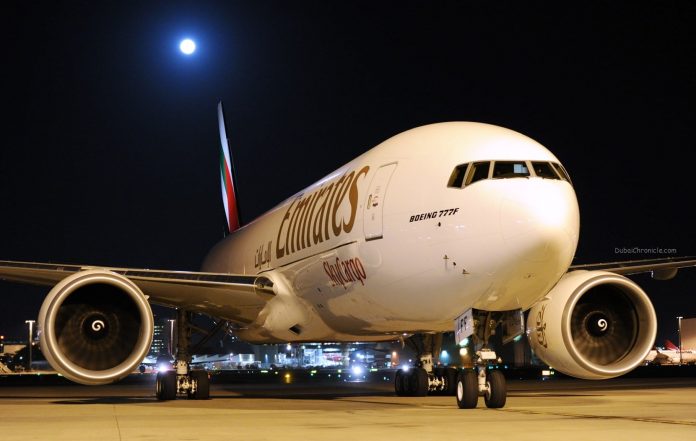 The Boeing Company today highlighted the Middle East’s current and future growth potential for both the commercial aviation and defense sectors. Boeing continues to build its presence in the Middle East with a focus on partnerships with regional entities.

Boeing will showcase a range of products and services at the 2013 Dubai Air Show including a UAE Armed Forces Land Force AH-64D Apache, an AH-6i light attack/reconnaissance helicopter, a Qatar Airways and Royal Brunei Airlines’ 787 Dreamliner and a flydubai 737-800 featuring the Boeing Sky Interior and business class configuration.
“Our presence in the Middle East goes back decades,” said Jeffrey Johnson, president, Boeing Middle East. “We have earned the trust of our partners and customers here through meaningful collaboration, contribution to the community and by providing the right products and services at the right time. We remain committed to further expanding our presence and strengthening partnerships with governments, enterprise and customers to support the development and growth of regional aerospace infrastructure and capabilities.”

Boeing works with a wide range of customers and partners in the Middle East including the region’s leading airlines, national defense forces and academic institutions. It maintains offices in Abu Dhabi, Dubai, Doha and Riyadh with more than 200 Boeing employees based in the region to support its customers.

Saudi Arabia continues to be a key market for Boeing. The company holds the majority stake in Alsalam Aircraft Company, which performs heavy maintenance and modification on civil and military aircraft at its facilities in Riyadh.
“The value Boeing places on local partnerships is reflected in the number of successful ventures we have established over the years in Saudi Arabia and other parts of the region,” said Ahmed Jazzar, president, Boeing Saudi Arabia. “Our relationship priorities with the Kingdom are in line with the King’s vision for future and ongoing development for Saudi Arabia.”
The Middle East is a robust and key market for Boeing Commercial Airplanes, underlining the growing confidence that airline customers in the region continue to place in Boeing products and services. The 777-300ER continues to be the long-haul carrier of choice for airlines, and the 787 has a current backlog of 117 Dreamliners.

“The Middle East continues to outperform the average growth figures of the global aviation market, and this trend is expected to continue,” said Marty Bentrott, vice president for Sales, Middle East, Russia and Central Asia for Boeing Commercial Airplanes. “We are confident that this bullish pattern, the simultaneous demand for Boeing’s airplanes and services, as well as the trust and confidence that our customers place in Boeing’s technology and innovation, will help spur this growth well into the future.”

Boeing Defense Space & Security also is seeking to expand its regional footprint. Existing customers operate a range of products including the AH-64 Apache, CH-47F Chinook rotorcraft and C-17 Globemaster III airlifter.
“BDS continues to pursue opportunities with a number of entities in the Middle East to help craft the future of aerospace in the region and has seen a tremendous amount of interest in our defense solutions from governments across the Middle East as plans for upgrading defense capabilities move forward,” said Paul Oliver, Middle East and Africa regional vice president, International Business Development, for Boeing Defense, Space & Security.