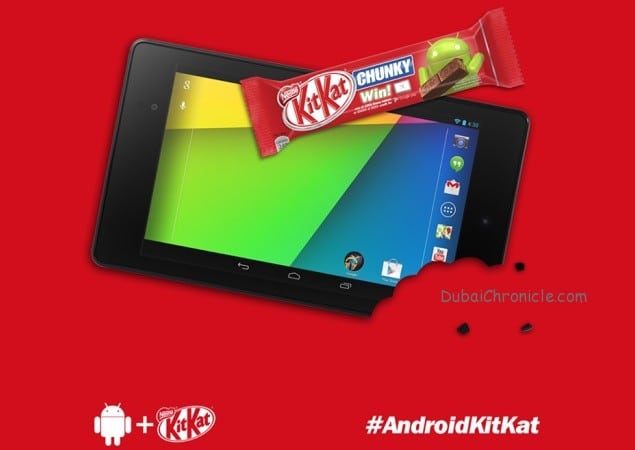 Not long ago, Google announced that it will release a new version of its Android mobile operating system, version 4.4. While that was not really surprising, the company caught the interest of the media sharing that the upcoming Android will be called KitKat. Google still has not pointed a date for the release of the OS. However, its now-partner Nestle accidentally announced it.

Just hours ago, Nestle posted a promo picture of Android 4.4 KitKat on its official Facebook page. In the comments section of the post, Nestle was kind enough to answer a consumer’s question on the release date of the next-generation Android. The company explained that the operating system will be available starting October.

Well, apparently Nestle jumped the gun, since it quickly deleted its comment. Presently, Google keeps mum on its plans for the launch of Android KitKat. However, now when Nestle has outed the release month of the operating system, the giant may soon point a more specific date.

An October release was actually the top prediction of media observers. There were even rumours that Google will launch Android 4.4 on October 14. Along with it, the company will probably release a new smart device. The biggest suspect here is Nexus 5. That is because Nexus tablets are usually launched around October. Therefore, rumours, logic and Nestle all point to an October release. The only thing we are waiting for is an official confirmation from Google.

But despite the big fuss surrounding Android 4.4 KitKat, the information on the OS is more than scarce. Practically Google has just shared that it will name its product KitKat. It has not mentioned anything about the improvements added to the operating system. However, there are always mysterious insiders willing to discuss new technology products. Most of them agree on that Android 4.4 KitKat will have some fragmentation changes, like screen resizing. Also, it is said that it will support new notification widgets and offer colour changes.

We will have to wait a bit more to see how much of that is true.