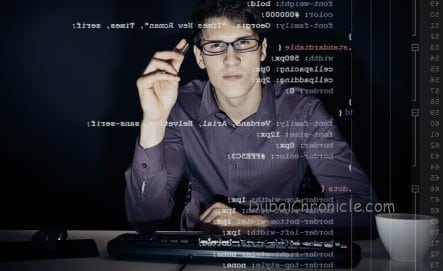 We all use social media websites in our everyday life, but are they safe and reliable enough? This week, a security researcher hacked Mark Zuckerberg’s profile only to show how easy it is for anyone to post on a stranger’s wall. But Facebook isn’t the only website that looks incapable to cope with such problem – big brands and celebrities turning to social media also fall victims to hackers and their own incompetence.

Hacking the official profile of Facebook founder and chief executive Mark Zuckerberg was quite courageous, but the researcher himself admitted it just had to be done. The website’s security team simply ignored his warning about a security glitch, so he decided to try it on Zuckerberg’s Timeline. And as he thought, it turned out that the social network is much more vulnerable to bugs, spam messages and hacks than believed. By the way, such types of security hacks can’t be entirely blocked by Kaspersky or McAfee software.

Many other websites and even big companies have also made the same mistakes, and below we have selected some of the biggest social media mistakes of the year.

In February, an anonymous group took over Burger King’s Tweeter account and replaced their logo with their competitor’s, McDonald’s, logo and name. Funny, isn’t it? Then they posted that the company had been bought by its rival, “because the whopper flopped”. After an hour, the account was suspended, but it had managed to spread “news” for this hour or so, and a good amount of odd images, offensive messages, and so on. And although it was very embarrassing for Burger King, it obviously did them a favor – the company gained 30,000 followers after it was compromised. Even negative, this campaign turned out to be invaluable for the company.

Britain’s biggest supermarket, Tesco was found involved in the huge horsemeat scandal this year. The food investigators discovered that a third of its Everyday Value burgers had horsemeat. Such things happen even in the UK! Although the company did its best to remove the scandalous products from its stores, it totally forgot about its social media presence. The pre-scheduled, automated tweets, which are otherwise very helpful, became quite tasteless jokes for them. The tweet said “It’s sleepy time so we’re off to hit the hay.”

Hackers made it also to the Facebook page of TV cartoon character Peppa Pig and started to post abusive updates. Kids who visited the page saw messages like “Go to hell”, “bitch”, and so on. Although Facebook doesn’t allow children under the age of 13 to have an account, some kids use their parents’ profiles to get in touch with cartoon characters.

An angry employee of the music label took over its Tweeter feed to announce “mass execution” – an expression which meant that more than 60 HMV workers were fired at once. The employee then explained that the marketing director knew little about social media and that the Tweeter account was in fact started by an unpaid intern. So, apparently, almost anyone could post on behalf of the company! We are not giving you ideas here!

Celebrity chef Jamie Oliver also had his Tweeter account hacked in 2013. One morning, a series of spam messages and a link to website about a quick-fix diet started to come out from his official account. It took Jamie minutes to see the tweets and delete them, but this was long enough to embarrass him.

So, what is your story? Do you get a lot of companies posting on your FB account?