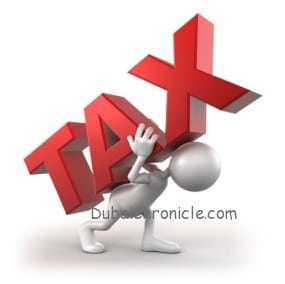 In its latest cost of living report, ECA International outlines the priciest cities in the world for expatriates. Among them is also Dubai, but the city is not ranked at a top position, but rather at the meddle.

Dubai takes the 174th place in the list of most expensive cities for expats in 2013. Although the City of Gold is not one of the priciest locations for expats in the world, it still witnessed an increase on the ranking. On the previous list, Dubai was taking the 182nd position which means that over the last few months, it managed to rise with 8 spots.

The main reason for that might be the recent increase in property rents. In some areas of the city, average rents have increased with more than 40% for only one year, for example.

Nevertheless, Dubai is not the most expensive city for expats in the Middle East. Tel Aviv takes that title y landing on the 37th position. In addition, although Iran witnessed the introduction of floating exchange rate and rapid inflation, Teheran is one of the most affordable places on the list.

On a more global level, the first spot on the ranking belongs to Oslo. Norway’s capital managed to surpass Tokyo which topped the list for the last three years. Moreover, the Eastern City even dropped to the sixth position. This is explained by the depreciation of the Yen.

Another Asian city also registers a fall. In 2013, Hong Kong was 37th in terms of living cost. However, today it is 38th. Despite the decrease, Hong Kong continues to be the third priciest city for expatriates in Greater China. Above it are only Beijing and Shanghai.

On the second position ranks Luanda, the capital of Angola. That is due to the fact that popular services and good in the city are hard to find. The top 5 of the ranking is completed by Norway’s Stavanger (3), South Sudan’s Juba (4) and Russia’s Moscow (5).

In Europe, top positions are mainly dominated by Scandinavian countries, as well as Switzerland. The Eurozone crisis has pushed many countries on the Old Continent down the list. For instance, the most affordable city for expats in Europe was found to be the capital of Moldova Chisinau (225). UK cities are also witnessing a fall. Central London is not 87th in the world which is 21 positions lower compared to 2012.

In America, the highest living costs for expats are registered in Caracas (33). The second and the third most expensive cities in South and North America are Manhattan (43) and Vancouver (51), respectively. A fall is seen in Brazil, where Rio de Janeiro has is dropped from the 72nd to the 52nd place. Quite the opposite is the situation in Argentina. Buenos Aires has jumped with 12 spots landing on the 64th.

Take a look at the complete list of the top 10 most expensive countries for expats in 2013: