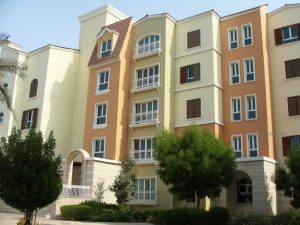 The positive performance of the overall residential market observed in 2012 has continued into the first quarter of 2013, according to JLL latest real estate report.

The relatively new general Residential Sale Index of REDIN, for example, improved by 18% Y-o-Y with the apartment and villa sectors showing similar gains in Q1 2013. The villa sale price index and the apartment sale price index increased by 17% and 18% Y-o-Y respectively. They both remain however below their peak values in Q3 2008 with villas 8% less than its peak and the apartment index 22% less than in Q3 2008. In addition, this is not a government provided or official index, but developed by the company. The latest RERA rental index show more accurate figures about the rentals growth, in particular.

The rental residential market maintained its positive trend in Q1 2013 with the REIDIN Rental Indices recording an improvement of 10% Y-o-Y. Both the villa and apartment rent indices went up by 10% Y-o-Y. While the villa rental index has achieved its peak value in February 2013, the apartment rental index remains 26% lower than in January 2009. Again here, this numbers are provided by the company.

Rentals have slightly increased in the most sorts after areas such as Dubai Marina and Discovery Gardens, while remaining stable in secondary and less completed locations. The increase is largely driven by landlords desires for better returns on investments and real estate agents efforts. Still a large number of unoccupied high-end units is available in all of the primary areas of Dubai.

While well established residential communities in Central Dubai are expected to see further price growth over the rest of 2013, less completed projects in more remote areas will need more time before seeing increased demand and performance. Rental growth, however, would remain very much constrained by the current availability and the large upcoming supply.

Around 2,200 residential units, mostly apartments, have been handed over in Q1-2013. The most notable deliveries include Spirit Tower in Sports City, Lakeside Tower in JLT, Bay Central in Dubai Marina as well as the Al Furjan Villas by Nakheel. The properties handed over in the Downtown Dubai are not taken into consideration in this number.

The largest proportion of residential stock added to the market since 2009 is located in International City (14%), followed by Dubai Marina (13%), Discovery Gardens (9%) and JLT (6%).

A total of 28,000 dwellings are expected to be completed in 2013. Among the anticipated deliveries are the 29 Boulevard towers in Downtown, Balqis Residencies on The Palm, the Centrium Project in IPMZ as well as Silicon Gate in Dubai Silicon Oasis. In addition, more units will be delivered in DIFC and Business Bay.

Between 40,000 to 60,000 residential units are scheduled to enter the market over the next two years, which will represent a stable increase on the current stock. While demand has started to pick up in particularly for low-budget homes and a number of previously stalled projects are now resuming, JLL say that the announced residential space may not be delivered within this timeframe.

Most of the upcoming residential supply will be located outside of Central Dubai in areas to the South and East of the city. The largest proportion of future stock from 2013 to 2015 will be delivered in the submarkets of Dubailand (7,900 units); Business Bay (3,800 units); and Dubai Sports City (3,800 units). In addition, according to our estimates, another about 3,000 units may be delivered in the Downtown Dubai and the Business Bay.