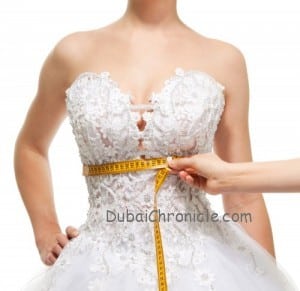 and weight loss trends are gaining popularity. But according to a new research, the number of people on a diet has declined by more than 35 percent over the past couple of decades.

It looks like the heavier we get, the more we don’t care, because only 20 percent of the people were on diet in 2012, compared to 31 percent back in 1991. According to a study by consumer market research company NPD Group, diets are less trendy in the recent years, and the results are even more dramatic for women – 35 percent of the surveyed women said they were on a diet, while only 23 percent said the same in 2012. Researchers are trying to explain the drop of interest for diets with another statistics – in 1985 more than the half of all surveyed people, or 55 percent, said that slimmer people looked more attractive. In 2012 about 23 percent of the participants found a slimmer figure more attractive.

With nearly 63 percent of U.S. adult population either overweight or obese, and growing obesity rates throughout the world, people’s concept of what is attractive and what is normal may be changing. If this is so, scientists say this can be a very dangerous trend, because in some point, an individual who is obese, and respectively suffers from a disease, can be considered “normal”, or healthy. There are different cultures around the globe where the heavy weight is a sign of wealth and prosperity, and where, unfortunately, the life expectancy is relatively lower.

According to Harry Balzer, NPD’s chief industry analyst, people maybe are trying to accept their weight, because this is easier than exercising and avoiding favourite foods. But there is another explanation for the results – dieting in the past decades has acquired a negative connotation, so it’s possible that people are trying to lose weight, but instead of calling it a diet, they refer to it as eating habits. Some dieticians and psychologists say that is a good thing, but many others are claiming that when the “diet” becomes “eating habits”, people stop paying attention to their portions, and instead of losing, they are gaining weight.

NPD’s survey caused a lot of debate about the possible change in public attitudes toward weight and body image. Of course, researchers mention the surge of “real body” ad campaigns that promote confidence and being comfortable with your overweight body. But physicians say that overweight and especially obese people are actually ill, so we don’t have to be comfortable with excess fat, but do everything we can to get rid of it.