Fashionistas, mark your calendars and book your flights and hotels in advance! Here is the information about the most significant fashion events in 2013:

LFW is one of the highest profile fashion events in the world and is one of the big four international catwalk shows. Its principal sponsor is Vodafone, and it is organized by the British Fashion Council. There are 60 catwalk shows on the official schedule, as well as 45 off schedule, and more than 30 presentations and salon shows. The Exhibition that runs alongside showcases over 120 ready-to wear and accessories designers. The British Fashion Council (BFC) announced 14 of London’s brightest emerging talents will receive NEWGEN support, sponsored by TOPSHOP, to show in the NEWGEN space of The Exhibition at London Fashion Week in February 2013.

Over 90 designers will debut on the stages in front of industry professionals, journalists and buyers, of course. The complete schedule for the Fall/Winter 2013 Collections will be announced later in January.

The producers of the event IMG Fashion, decided for the first time to sell tickets for the shows. But now, in support of the Council of Fashion Designers of America’s “Fashion for Sandy relief” , there will be an auction for one fashion fan plus 11 of their friends to experience the event like a real VIP.

Paris is a synonym of fashion – unique shows, romantic atmosphere, latest fashion trends and top designers. Do you feel like a character from “The Devil Wears Prada?” Actually, this is the place where latest fashion trends and greatest designers are born, because this is the capital of fashion. Women’s wear Autumn/Winter shows always start in New York and end in Paris in March.

Paris Fashion Week 2013 will be held at the Carrousel du Louvre, as well as many others venues throughout the city. Here is the calendar of events:

Milan Fashion Week is owned and held by Camera Nazionale della Moda Italiana, which co-ordinates and promotes the development of Italian Fashion shows in Milan. This is the most important haute couture establishment in Italy, and its events dedicated to women’s fashion are the most important (Womenswear / Milan SS Women Ready to Wear, and Milano Moda Donna being the major fashion shows). 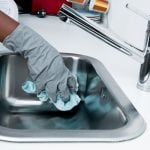