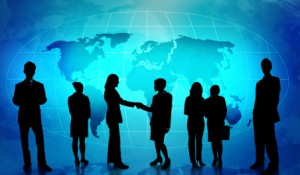 Today and during the past many years, the working position and the salary of an employee depend on country of origin in addition to skills and education qualifications.

Western talent (European and American) cost expensive in the Middle East and in the future it is expected to cost even more. This fact has causes!

For the Middle Eastern region and especially for highly advanced cities like Dubai and Abu Dhabi, Western talent served and it should continue to serve as the backbone of progressive development. It is true, that during the past few years the region invested massively in modern buildings and advanced technologies. But what assets mean without an asset portfolio manager, without skilled brokers and negotiators?

During the past four years, due to the economic stagnation caused by the global financial downturn from 2008, many local and international companies significantly downsized the numbers of Western employees they had on their payrolls. However, such moves dramatically affected their performance, the quality of the services they offer and the competitiveness of the products they produce.

Skilled Western employees were replaced with much cheaper and unskilled workers on many levels within various industries. People with basic knowledge were given responsible jobs and offered good salaries, according to their countries of origins standards. And as hungry and eager they are to demonstrate that they deserve the opportunities, they are simply not capable to fulfill jobs that require particular education, mature skills and cultivated attitude. Such people fail in customer service, high-end product sales, educating students and many other positions they try to fulfill.

Western expatriates in the region cost too much, some employers think, but this is not always the norm. UK nationals traditionally demand the highest salaries, but now they are in direct competition with talented experts from Greece, Italy, Ireland, Spain and other European countries, with struggling economies. Job markets in these countries are shaken and people are looking for fresh opportunities abroad. Therefore, they can accept lower value packages than the UK nationals.

Local companies may consider hiring more expatriates from Central and Southern Europe if the UK talent, traditionally preferred in the Middle East, now is too costly for them. European workers are in general well educated, due to the long-time established education systems of the European countries. They are also more disciplined as employees and show higher level of understanding and accepting responsibility.

Western expatriates can add high value to every company who can afford them. Consequently, the profit growth of the company and its reputation will benefit tremendously. The local markets provide fresh and challenging opportunities for career development.

Although the region is growing and maturing, the need of skilled international talent is felt strongly across many industrial and service sectors. If companies can’t afford to hire Western talent at present due to harsh economic conditions, with the gradual improvement of the economic situation, quality and customer satisfaction should become their top priorities rather than survival. Therefore, employers should look for more talented and skilled workers.

One can not expect running a five-star hotel by employing people who have never seen a luxury hotel, with humble education background and minimum training. European workers in the hospitality industry, for instance, often are tourism university graduates.

On another level, banking operations can’t run on internal email communication, while the telephone operators are not even able to give a simple answer to clients, because their training spans to asking about customers credentials.

Ex-salesman from grocery stores can’t present to wealthy housewives expensive French cosmetics in high-end stores, simply because they don’t understand the value of the product, the attitude of the customer and they can never forge suitable appearance.

Employers should find ways to secure expatriate talent from well developed countries, with long established education systems if they want to offer competitive products and services. Otherwise, they will face the slow deterioration of their businesses, lack of competitiveness and fading customers loyalty.

Currently in the Middle Eastern region other factors than the country of origin also play important role for job acquisition. However, with the maturing of the economies, expertise and talent will outperform connections.