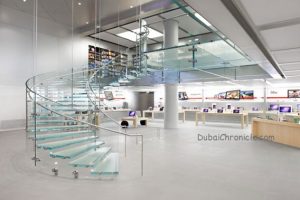 Apple Inc. may soon open a store in Dubai. Sources from Apple tipped DubaiChronicle.com that the management considers opening a mega store at The Dubai Mall. According to the insiders, Apple executives have been researching the most popular retail venues in the Middle East and were impressed by the The Dubai Mall’s record-breaking footfall.

Actually, it is not surprising that Apple Inc. chose Dubai to be the first city in the Middle East with an Apple store. Dubai has a strategic location on the business map not only in UAE, but also in the world. It is right in the center of one of the richest region in the world. In addition, it serves as a bridge between the Far East and Europe. In addition, the United Arab Emirates is one of the most economically and politically stable countries in the region.

Let’s not forget that if Apple opens a store in Dubai, it will have a direct access to the enormous MENA market. In that way the company can establish a connection with a market that amounts to more than 380 million people. Therefore, Apple’s choice of location is not accidental.

Benefits for the Dubai Mall

The world’s largest shopping destination, The Dubai Mall, will also benefit from an Apple store. Apple is an iconic and high valued brand right now. If the company opens a store in The Dubai Mall, it will add to its popularity. When Apple’s store in New York opened doors in 2011, it was reported that 4,000 people visited the premises… and that was only before noon! Moreover, there were about 2,500 people queuing in front of the store before it was opened. The Dubai Mall can host much larger number of shoppers and Apple’s success may be even greater. 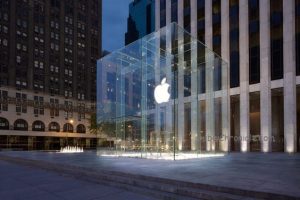 So far, Apple has more than 100 stores all over the world in countries like the United States, the United Kingdom, China, Switzerland and France. What is typical for Apple stores is that they often occupy few floors which are connected with a characteristic glass staircase. The company’s stores are famous for the attention they pay to their customers. App stores also have the so-called Genius Bar. That is a section in the store where customers receive technical advices by highly qualified and experiences staff. Tech nerds in the area will finally be able to have a fast and direct access to original Apple products and services.

The store will offer Apple’s top-rated products and it is also likely to have the so-called Genius Bar. This is a section in the store where customers receive technical advice from experienced and qualified staff.