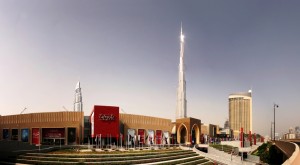 A small fire reportedly erupted at a restaurant on the second floor of  The Dubai Mall around noon today. Eid shoppers were asked to evacuate a section of the world’s largest shopping mall.

Announcements at the Dubai Mall asked shoppers to leave by the nearest exit and not use the lifts. White, hazy smoke was seen spilling into the corridors on the second floor.

In a statement on Twitter, The Dubai Media Office said the fire had been brought under control.

“A minor fire in one of the restaurants at Dubai Mall has been brought under control,” said the tweet.

The name of the restaurant where the fire began is not yet mentioned. Employees at many restaurants and shops in the mall said the situation was already back to normal.