New crocodile species to be added to Underwater Zoo 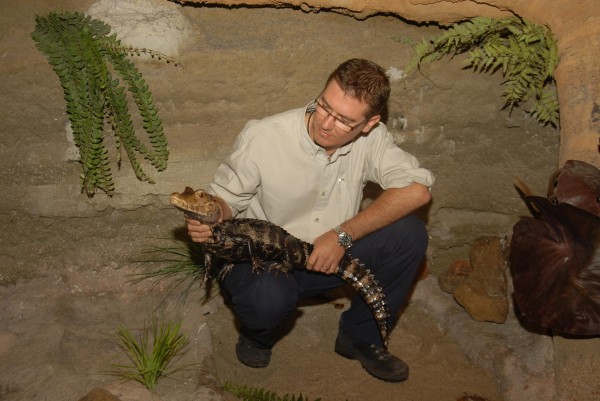 They have been around for more than 84 million years and today, the diversity of their species is facing imminent threats due to extinction and habitat loss. Much-feared and often misunderstood, crocodiles will take centrestage at the new ‘Crocodylia’ campaign to be held from the first day of Eid Al Fitr until September 30, at Dubai Aquarium & Underwater Zoo, one of the world’s largest indoor aquariums, managed by Emaar Retail LLC.

‘Crocodylia’ offers the opportunity to come face-to-face with one of nature’s bravest survivors including the Cuvier’s Dwarf Caiman and the West African Dwarf crocodiles. The experience will be immensely rewarding with visitors standing to gain new insights on the behavioural patterns of crocodiles, including the fact that they are more related to birds than most reptiles, and that they exercise genuine parental care. The new species will be on show in the spectacular Underwater Zoo and visitors are guaranteed an up-close and personal window into their amazing world.

The new exhibit further puts the spotlight on the need to conserve crocodiles, which are increasingly hunted for their meat and skin to make a range of luxury accessories. Through ‘Crocodylia,’ Dubai Aquarium & Underwater Zoo will present 2 crocodile species – displayed in line with the highest standards recommended by the Convention on International Trade in Endangered Species of Wild Fauna & Flora (CITES), Dubai Aquarium & Underwater Zoo Code of Ethics & Animal Welfare policy, and the guidelines and code of ethics outlined by the World Association of Zoos & Aquariums (WAZA).

‘Crocodylia’ will also feature daily presentations that give insights into the lives of crocodiles. These include interesting sessions such as ‘Crocodile Tears,’ ‘On Target,’ ‘Space Invaders,’ ‘Just Chillin,’ ‘SOS’ and ‘Watch Out,’ each detailing specific aspects on the behavioural patterns of crocodiles.

Gordon White, General Manager of Dubai Aquarium & Underwater Zoo, said: “There is something new for every visitor, and we are committed to continuously enhance the experience through innovative campaigns. ‘Crocodylia’ will tell the fascinating story of crocodiles, how they survived and how their existence is being threatened by illicit trade in crocodile hide and artifacts. Whether they fascinate or frighten, they are a key element to our environmental balance. Through the new exhibit, we are offering unique insights on crocodiles, their habitat and their way of life.”

Located in The Dubai Mall, Dubai Aquarium & Underwater Zoo is one of the largest and most diverse aquariums in the world with thousands of aquatic animals, and features the world’s largest acrylic viewing panel. Underwater Zoo, located on Level 2 above the main Aquarium, presents the bio-diversity in different ecological zones including Rainforest, Rocky Shore and Living Ocean. The animal species include Humboldt Penguins, Piranhas, Giant Spider Crabs, Water Rats, Giant Catfish, Clown fish and Dart Frogs.