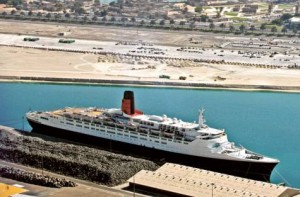 Plans for the use for the storied in Dubai cruise liner, Queen Elizabeth 2, had been finalized. Dubai bought the boat in 2008 for about $100 million, with the intention to make it into a floating hotel fitted with the original furnishings.

The chairman of Istithmar World, the Dubai company that owns the ship, said Monday he expects the 300-room hotel to open within 18 months at the city’s downtown Port Rashid.

Mr.  Sultan Ahmed bin Sulayem says the company realized visitors want to see the QE2 as it originally looked, so is not planning major changes as part of the conversion.