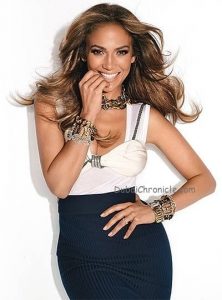 Global superstar Jennifer Lopez, who has continually captivated fans for over a decade, today confirmed her first Middle East live show in Dubai on November 22 as part of her “Dance Again” world tour, said a press statement on Wednesday.

“Superstar and top celebrity Jennifer Lopez going out on world tour is one of the most exciting 2012 entertainment news for our region and we cannot wait to promote the J LO “Dance Again” Dubai concert,” said Thomas Ovesen, COO of Done Events, the show organizer.

“Voted the world’s most powerful celebrity and with a fantastic catalogue of chart toppers, this J LO concert will definitely sell out.”

Actress, singer, producer and entrepreneur Jennifer Lopez continues to influence a generation of pop music fans, most recently with global No.1 “On The Floor,” and will be performing hits from across her expansive career, which includes seven studio albums, 11 US Top 10 singles and 18 UK Top 20 singles.

Lopez has sold over 55 million records worldwide since her debt in 1999 and starred in multiple box office No.1s, including “Monster-in-Law” and “The Wedding Planner”.

The superstar kicks off the “Dance Again” world tour in Panama City on June 14 and will play a further seven dates in South America and 19 dates in North America.

Lopez recently announced that she will virtually invite fans backstage during the upcoming tour via her recently-launched interactive website. Fans will have the opportunity to access special concert ticket giveaways, interviews, messages and photos from behind the scenes.

Ticket will go on sale to the general public in a few weeks times.