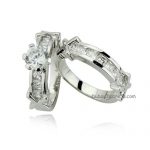 Damas International announced that it will delist shares from Nasdaq Dubai as of June 12th, on the back of the joint bid submitted by Qatar’s Mannai Corporation and Egyptian investment bank EFG-Hermes.

Damas approved delisting, as it owns over 75% of voting ratio and informed Borse Dubai of this decision, so that it can delist without obtaining the approval of the shareholder meeting.