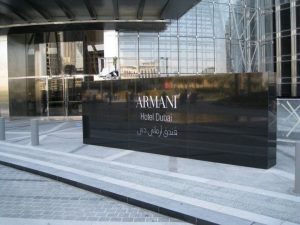 “In two short years, Armani Hotel Dubai has set new benchmarks in luxury hospitality with its definitive approach to providing visitors with the ultimate ‘home-away-from-home’ experience in an unparalleled aesthetic environment. The recognition at the World Travel Awards is a true honour and a testament to the lifestyle differentials the hotel brings to the city of Dubai,” said Jason Harding.

Every aspect of the hotel’s design and service offerings has been designed and planned by Giorgio Armani himself, from the bespoke furnishings to restaurant menus and in-room amenities. Practicality and elegance, the cornerstones of Armani’s signature style, combine with precious materials and sophisticated finishes to create a highly personalised space.

Armani Hotel Dubai is located in the heart of Downtown Dubai, described as “The Centre of Now”, and is within walking distance of The Dubai Mall, the world’s largest shopping and entertainment destination, and some of Dubai’s most compelling tourist attractions, including The Dubai Fountain, the world’s tallest performing fountain.

Iftar and Souhour in the sophisticated elegance of Armani Hotel Dubai 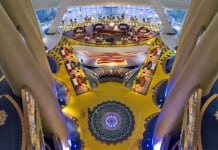 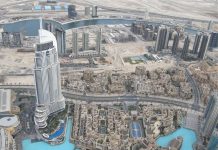