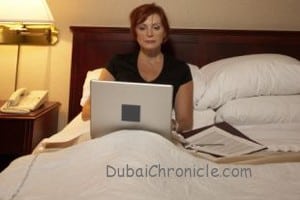 The most popular social network has by now over 800 million users. Researchers and pollsters are pretty busy studying them. Here are some of the ways the site is impacting people’s lives and changing their behavior.

You may become addicted

If you are on Facebook, could you pass a day without checking your page? According to polls, 80% of users couldn’t. And for a little over a third of the site’s users, it is even worse. One study found that the need to check your Facebook page is more powerful than an addiction to alcohol or cigarettes, and says many of the site’s users suffer from “Facebook Addiction Disorder.” One psychiatrist says symptoms include letting Facebook interfere with your sleep or work, spending more than one hour a day on the site, and being filled with fear or panic at the thought of deleting your account.

It makes you jealous

When polled, a majority of people admit to snooping on their significant other through social media. And while there is nothing wrong with checking out your partner’s page, easy access to what he or she is saying—and to whom—has been shown to lead to increased jealousy in relationships. In one study, 35% of the people surveyed said that Facebook directly contributed to their feelings of jealousy. And it’s not all paranoia, sometimes users are finding things to get jealous about: 1 in 5 American divorce petitions and 1 in 3 in the UK now cite Facebook as contributing to the end of the relationship. In fact, it is so common that according to various reports divorce lawyers now request access to a client’s estranged spouse’s Facebook page as a matter of course.

It makes you a better employee….or does it?

While many employers are blocking their workers’ access to social networking sites like Facebook and Twitter, studies have shown that people who use Facebook at work are actually up to 9% more productive than people who don’t. Short breaks to do what you want online allow your brain to zone out for a little bit, making you better able to concentrate afterwards.

It can make you unhappy…

Most people use social networks to talk about the positives in their lives. And that’s fine, but it is leaving out a large part of their day-to-day reality. So when you are constantly viewing pictures of your friends happy and smiling (as someone usually does when a camera is pointed at them), Facebook users start to feel that others feel this sense of happiness all the time.

Since you are only seeing the good part of a hundred or more people’s lives, you may end up feeling increasingly upset about the problems in your own life, which, at least according to their pages, none of your friends have. Over the long term, studies have shown this makes Facebook users feel that life is unfair. In some extreme cases, Facebook use has been directly tied to depression.

…or it can boost your self esteem

But wait, didn’t we just say using Facebook makes you unhappy? It turns out it depends which part of the site you are visiting at the time. While looking at other people’s Facebook pages can make you depressed, looking at your own can actually boost your self-esteem, at least in the short term. Having all the best information about you in one place increases your self-assurance, and actually editing your profile makes you even happier.

While many people post only the good things in their life, everyone has a friend or two who posts about how their world is falling apart numerous times a day. Hey, we all go through bad times, and Facebook is a legitimate way to share those feelings. But be warned: studies show those people who do post unhappy statuses regularly are more likely to be seen as whiny and annoying by their Facebook friends. Since less secure people tend to be the ones posting negative status updates, this annoyed response from others just contributes to the problem.

It makes you feel fat

It’s probably no surprise that 75% of Facebook users say they are unhappy with their body since most people have something they don’t like about themselves, but 51% of those people say that their body image issues worsened thanks to Facebook. It seems that seeing photos of yourself posted by others, photos that might not be as flattering as the ones you would post yourself, makes those flaws you try to hide seem magnified. Knowing your friends are always on the verge of whipping out their phone and taking a picture also leads to some people feeling that they need to be “camera ready” at all times, or just avoiding cameras altogether.

It stresses you out

The point of Facebook is to connect with friends, but friend requests stress people out, no matter which side of the request you are on. One study found that 63% of people delay replying to friend requests. More than three in 10 said rejecting friend requests made them feel guilty, while 12% disliked receiving any friend requests at all. For people whose requests are rejected, another study found that they felt just as much pain and sadness from the snub as they would in a real life situation even though it was “only” online.

It is replacing a time-honored tradition

For decades it’s been a trope for TV and movies: after having, ahem, relations with someone, you share a cigarette. Even if you don’t smoke, you’d expect to spoon for a while, but these post-coital rituals are being replaced with updating Facebook. Not about what you just did (we hope), but 36% of people under the age of 35 polled admit that they post something on Facebook or Twitter right after sex. Men and iPhone users are the most likely to exhibit this behavior.