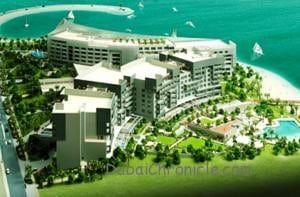 After the classic ribbon cutting ceremony, Sheikh Mohammed attended the firework show and took a tour around the Rixos the Palm Dubai Hotel lobby. The hotel reflects the original Turkish style and has 233 rooms and luxury suite in addition to 28 hotel apartments. His highness visited the spa, the Turkish bath and the hotel’s entertainment and services facilities. The Rixos the Palm Dubai Hotel enjoys outstanding skyline, private beach, swimming pools, park and ballroom. 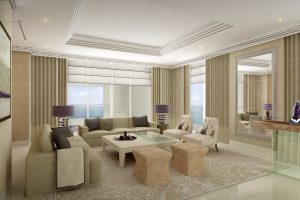 Sheikh Mohammed expressed his admiration for the hotel’s distinguished design and facilities. He considered Rixos The Palm Dubai a valuable addition to the UAE luxury hotel industry in general and to the Palm Jumeirah in particular which shall boost and diversify the national tourism sector.

His Highness congratulated the stakeholders of this cultural and touristic project and welcomed the international investment companies and businessmen that took Dubai as their regional business hub. He added, “This is clear evidence on the trust and confidence our dear country enjoys among international investors due to our concrete economic laws and regulations, well-established institutions, logistic services and safe environment”. 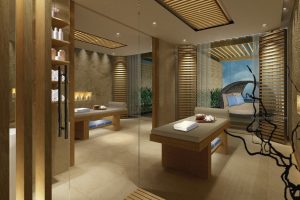 Fettah Tamince, chairman of Rixos Hotels Group assured that opening the Group’s first hotel in UAE reflects strong belief in its potential as strategic geographical location and a hub that connects the Arabian East with the European West and as an icon and promising market for Arabian hospitality in the Gulf and the Middle East.

The inauguration was attended by a number of senior officials.