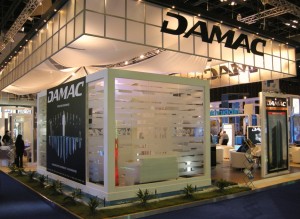 DAMAC Properties, the region’s largest private luxury developer, announced today a marked increase in buyer interest in its portfolio of completed and near-completed residential projects across the Middle East.

According to DAMAC Properties, the Middle East is suffering from a significant shortage of quality residential properties for investment and end use, which may endure for several years.

“Reports of increasing demand are being reflected in our diminishing supply of inventory in our completed  residential projects,” said Niall Mc Loughlin, Senior Vice President of DAMAC Properties. “At DAMAC Properties we have very few apartments left in our residential projects which have been handed over, and we are now seeing investors shift their focus to projects which are more than 60% complete.”

Investor interest in the Middle East region has increased in 2011, according to property consultancy Jones Lang LaSalle. However, interest remains focused on a narrow band of completed, income producing  residential properties. In its latest quarterly report, the consultancy claimed there is a lack of investment grade stock coming to market.

“Across the Middle East, the surge in demand for quality residential properties is outstripping the current supply,” Mc Loughlin commented. “Standards of living are also changing rapidly in this region and people now expect a lot more for their money.”

The change in consumer behaviour is prompting developers, such as DAMAC Properties, to pay greater attention to the quality of the finish and standard of facilities in residential developments currently under construction.

“Our residential developments in the UAE have set a high standard for quality, and customers in other regional markets, including Saudi Arabia, Qatar, Lebanon and Jordan, are now demanding the same level of quality and luxury,” Mc Loughlin pointed out.

In Saudi Arabia, where DAMAC Properties is building the 47 storey ‘Al Jawharah’ residential tower, demand for luxury apartments is growing due to a major demographic shift currently underway in the country.

The Kingdom has a very young demographic profile, with around 45% of the population currently aged below 20 years old.

The young population and rapid rate of urbanization has been a significant factor driving the real estate market, with many young professionals now looking for residential apartments away from the traditional family home.
“There is very strong positive sentiment about the outlook for Saudi’s economy, and that is fuelling demand for high quality properties within the Kingdom. We are seeing strong demand from both end users and investors seeking a market with high yields and plenty of scope for capital growth” Mc Loughlin stated.

2011 was a very positive year for DAMAC Properties. The company handed over a total of 21 buildings, successfully launched its Versace-branded residences in Saudi Arabia as well as its hospitality offering ‘DAMAC Suites and Spa.’ In addition, the company won a string of regional and international awards including being named ‘Developer of the Year’ in the Big Project BGreen Awards.