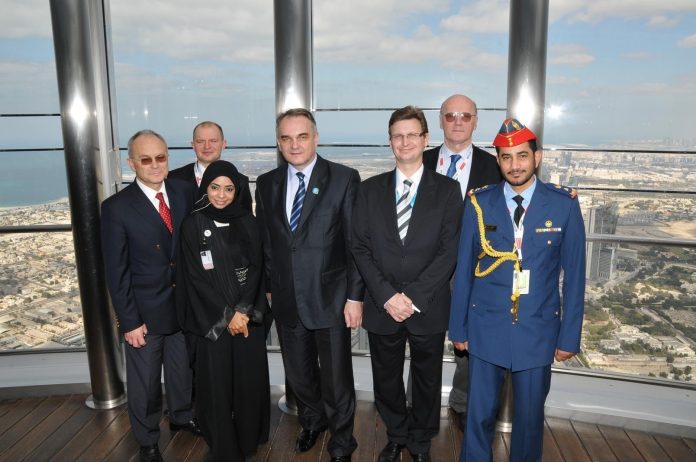 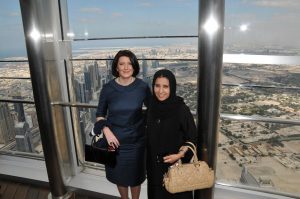 The President of Kosovo Atifete Jahjaga, the Chinese Premier Wen Jiabao and the Deputy Prime Minister, Ministry of Economy of Poland Waldemar Pawlak visited At the Top, Burj Khalifa, the world’s highest observation deck with an outdoor terrace, in Burj Khalifa, on Tuesday.

Senior managers of Emaar Properties, the developer of Burj Khalifa, welcomed the global leaders, who separately undertook the tour of the iconic attraction. 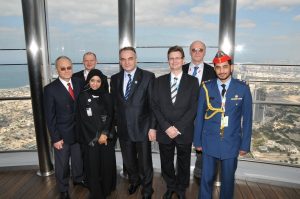 At the Top is located on Level 124 of Burj Khalifa, the world’s tallest building. Described as a ‘Vertical City’ and ‘A Living Wonder,’ Burj Khalifa rises high at 828 metres (2,716.5 ft) and was honoured with the ‘Global Icon’ status by the Council on Tall Buildings and Urban Habitat (CTBUH).

Burj Khalifa is at the heart of Downtown Dubai, the 500-acre mega development by Emaar Properties, described as ‘The Centre of Now.’