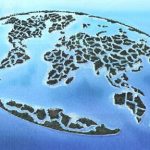 The Board of Directors of Dubai World (the “Company”) today announced it had appointed two new senior managers to the team that oversees the day to day running of the Company.

Dubai World’s Board of Directors also said that agreements setting out the terms for the separation of real estate development companies Nakheel and Limitless operationally and financially from the Company had been signed. Legal ownership will transfer to the Government of Dubai upon completion of Nakheel and Limitless’s financial restructuring.

The appointments and the final documentation of the financial restructuring arrangements, which was completed 29 June 2011, conclude the restructuring process begun early in 2010.

His Highness Sheikh Ahmed bin Saeed Al Maktoum said: “With the appointment of two senior and experienced managers to the Management Committee, and with the restructuring process behind it, Dubai World and its portfolio of companies are well positioned to build on the very real value of its businesses and continue to grow to the benefit of the Company, Dubai and the UAE.”

Board member and Chairman of the Management Committee, His Excellency Ahmed Humaid Al-Tayer, commented: “The Company is now on a solid financial footing and is focused on strengthening and increasing the value of its assets, which have seen steady overall improvement this year. The formal completion of financial restructuring is a great achievement for Dubai World and UAE and we continue to be grateful for the support of the various stakeholders throughout the process.”