Barclays Bank has completed on the sale of its first repossessed property in Dubai in a move that is expected to open the floodgates for other lenders to do the same.

Some market experts say it is good news as it may signal the start of liquidity returning to the mortgage market but others point out that the release of repossessed homes onto the market must be carefully managed to avoid a further down turn in prices which have already fallen up to 60% since the peak of late 2008. 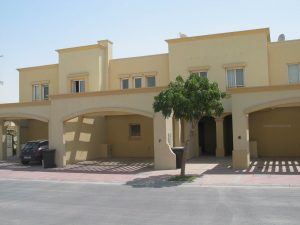 Barclays confirmed that it had sold its first repossessed property at an auction held by the Dubai Land Department. The property, a villa in The Springs, had a reserve price of AED1.2 million ($326,700) and sold for AED1.22 million ($332,145), a spokesperson for the bank said.

Dubai introduced a repossession law in 2008, under which Dubai banks were authorised to give defaulting homeowners 30 days notice to resume mortgage payments before beginning foreclosure proceedings.

Barclays was the first bank to repossess a property, clearing the way for lenders holding about $16 billion of homes loans to attempt to recover their losses. It has been reported that up to around 200 foreclosure cases are being processed by the Dubai Courts.

Some analysts said this week’s sale is a positive indicator for Dubai’s property market as lenders will be able to start offloading properties at adequate prices, reducing their exposure to defaulting homeowners.

‘I think it’s good for the market as a whole, good for the lenders and good for the potential borrowers who need finance to get on to the residential property chain,’ said Nick MacLean, managing director of CB Richard Ellis.

‘There are quite a lot of properties that have come back to the lenders over the last couple of years and they have essentially retained them. The fact that a lender is disposing successfully of properties is sort of indicative of some strength coming back to the marketplace,’ he explained.

Maclean said a reduction in risk to lenders would eventually trickle down the property chain to borrowers, resulting in improved liquidity and lower mortgage costs. ‘Mortgage lenders will be more willing to come into the market place if they have got a better chance of recovering their money if things don’t work,’ he added.

Other analysts, however, warned against the impact of a flood of repossessed homes on an already strained housing market. Tom Bunker, investment sales consultant at real estate agency Better Homes, said the release of homes must be staggered or run the risk of pushing prices down further, potentially causing more foreclosures and bank repossessions.

‘If these properties are liquidated in an organised manner, there should be little effect on the prices of similar properties in the market,’ he said.

‘However, if a large number of these properties reclaimed through foreclosures are re-inserted into the market all at the same time we could see another readjustment of certain property prices,’ he added.