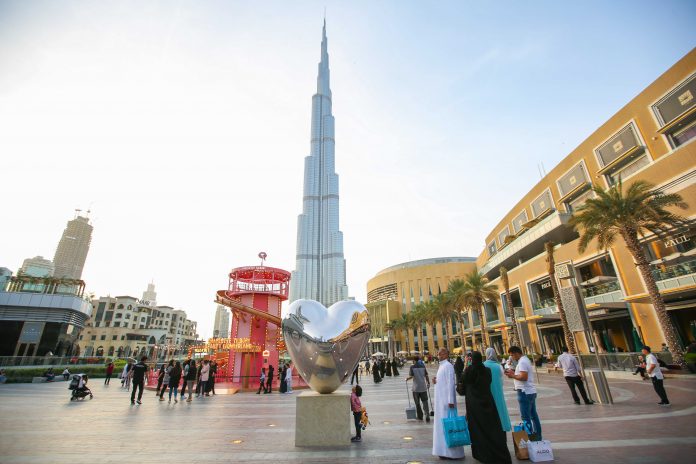 The fourth Annual General Meeting (AGM) of Emaar Malls will be held on April 23, 2019, which will discuss the proposal of the board of directors to distribute cash dividends to shareholders amounting to Dh1.301 billion, representing 10 percent of the share capital being 10 fils per share.

The meeting will also seek approval of the report by the board of directors on the activities and financial position of Emaar Malls, the auditor’s report, and the company’s balance sheet for 2018. The auditor for 2019 will also be appointed by the assembly. One of the world’s largest mall operators with a total gross leasable area of 6.7 million square feet, Emaar Malls recorded full-year 2018 net profit of Dh2.230 billion, a growth of seven per cent over 2017. Revenue for 2018 was Dh4.446 billion, 23 percent higher than in 2017. Emaar Malls maintained strong occupancy levels across its assets – The Dubai Mall, Dubai Marina Mall, Souk Al Bahar, Gold & Diamond Park and the Community Retail Centres – at 93 per cent. The malls and retail centres together welcomed 136 million visitors in 2018, an increase of five per cent over the total visitor footfall of 130 million in 2017.

The Dubai Mall, the flagship assets of Emaar Malls, marked a milestone in 2018, celebrating its tenth anniversary and opening the Fashion Avenue expansion. With the addition of over 150 new retail outlets as part of the Fashion Avenue expansion, the mall now has over 1,350 retailers and 170 plus F&B choices. The mall reiterated its position as the world’s most visited retail and lifestyle destination by welcoming 83 million visitors in 2018, an increase of four per cent compared to the 80 million visitors it welcomed annually during the last four consecutive years.

As part of its omnichannel retail strategy, Emaar Malls fully acquired Namshi, the leading regional fashion e-commerce retailer this year. This follows the group acquiring the remaining stake of Global Fashion Group in Namshi, in an all-cash transaction of Dh475.5 million.