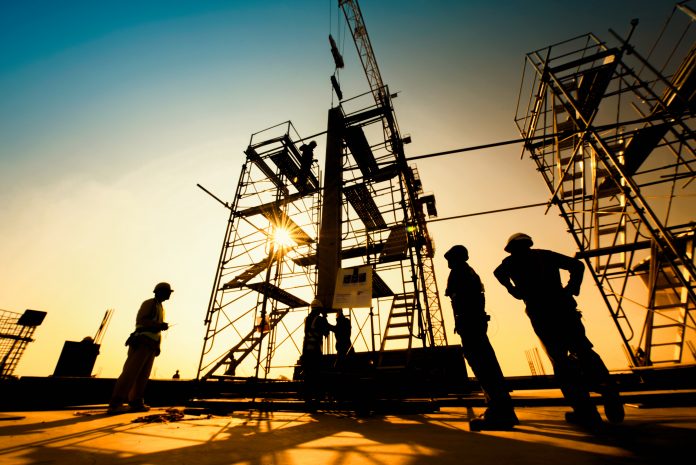 Four in five UAE residents (81%) believe they have faced discrimination while getting a job, new YouGov research reveals. 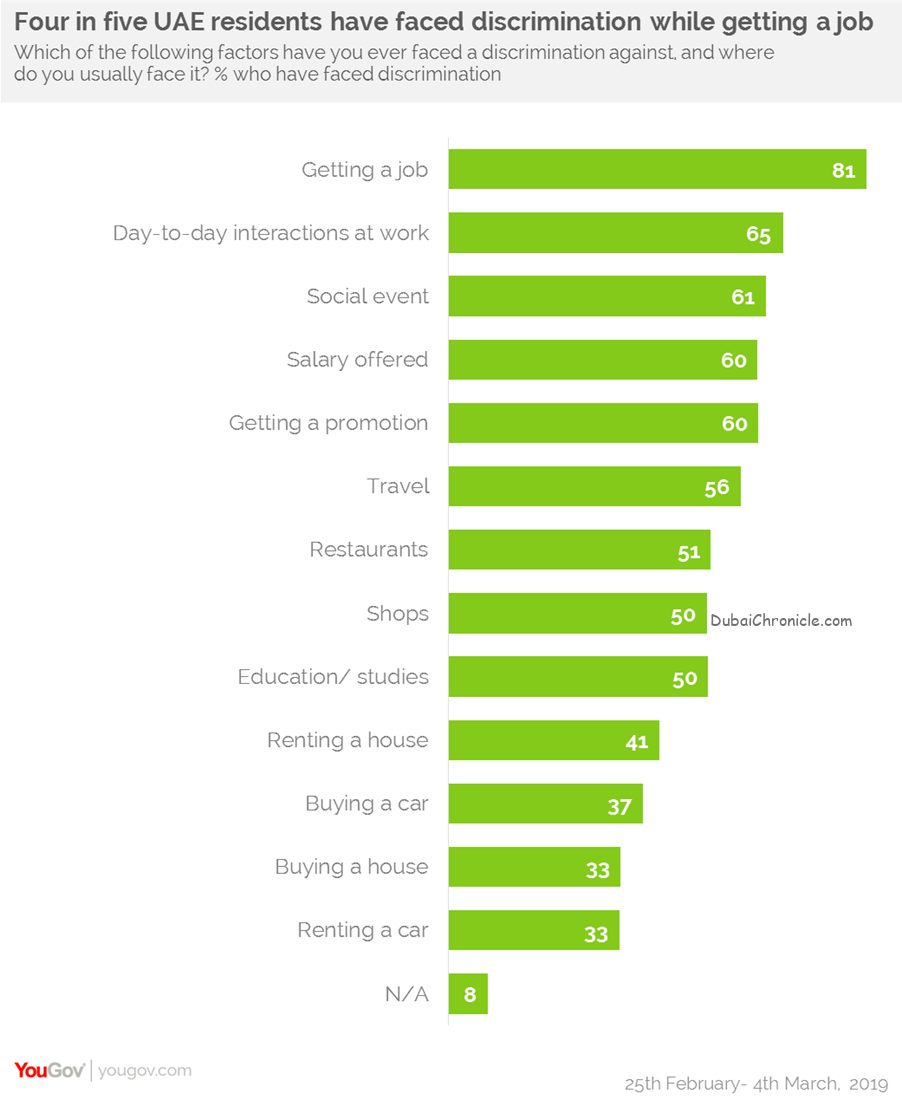 Although various aspects of employment emerge as the most common forums for discrimination, many residents have also faced some kind of prejudice in their social lives. The most common are while traveling (56%), at a restaurant (51%), in shops (50%), or in their education (50%). Buying/ renting a house or a car are the areas where people are least likely to experience discrimination and only 8% of UAE residents say they have never faced any discrimination.

Nationality stands as the biggest area of discrimination in the UAE, with more than eight in ten (84%) respondents believing they have experienced some kind of prejudice because to their country of origin. Seven in ten respondents have faced some sort of discrimination on the basis of their educational qualifications (69%) and command of English (69%).

Three in five UAE residents say that their appearance or clothing (65%), their race (63%), accent (61%), personality (61%) and age (59%) has triggered bias of some kind during their daily lives. YouGov’s research reveals that discrimination due to one’s marital status (47%), gender (51%) and religion (52%) is less common in the country as compared to the other factors.

Nationality is viewed as the biggest area of discrimination when it comes to getting a job. Approaching a job in the country, half of UAE residents (46%) believe they have faced prejudice because of where they come from, followed by fluency in English (40%) and educational qualifications (38%). Someone’s age (34%) and their appearance or clothing (31%) are also common reasons for discrimination when it comes to employment. 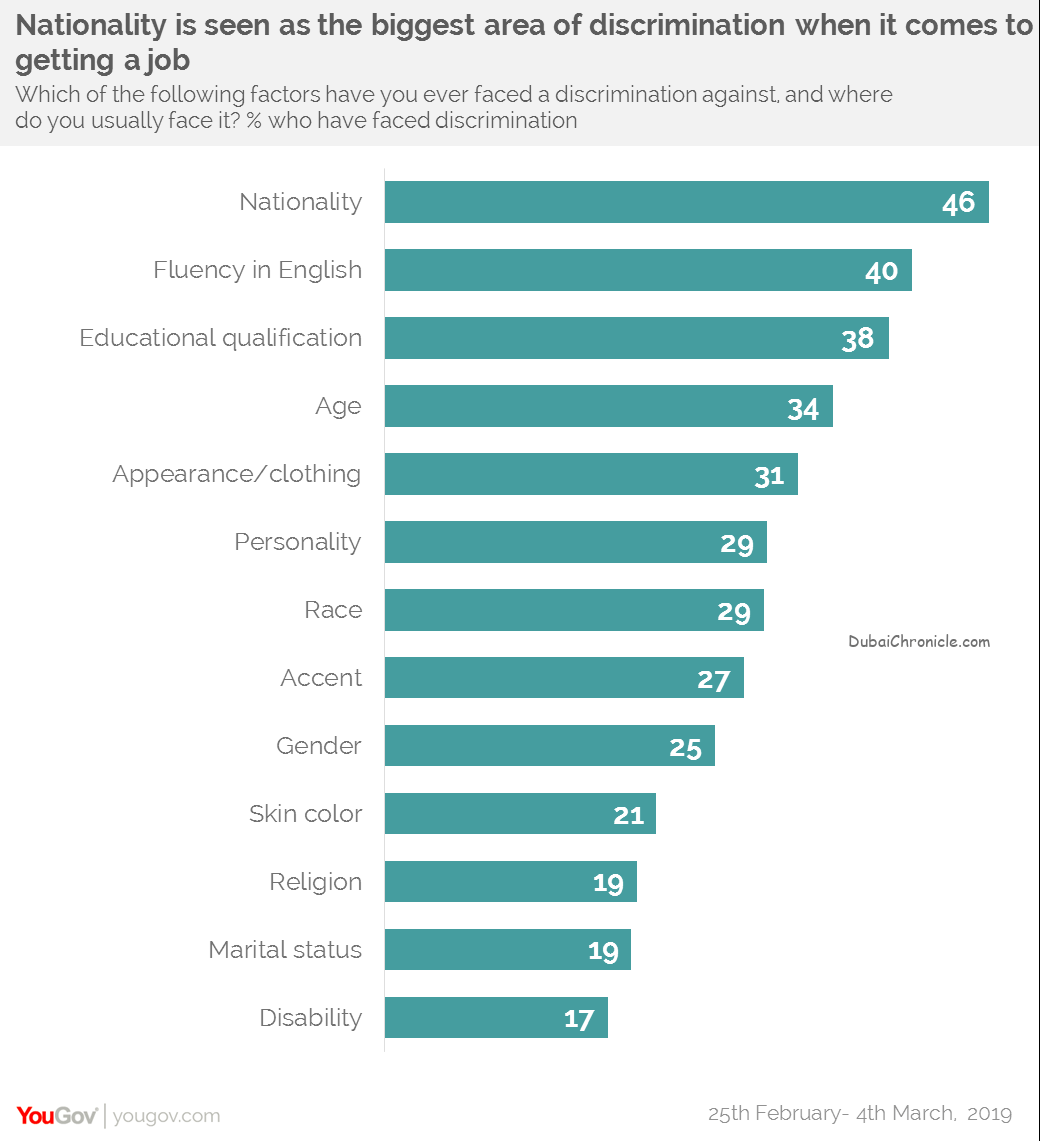 YouGov’s research finds that a quarter (25%) of respondents think that discrimination remains a major problem in the UAE while nearing two in five (39%) feel that while it does exist, it is not a major problem to them. On the other hand, one in nine (11%) believe that although discrimination used to exist it is no longer a problem today and one in four (25%) reckon it has never been a huge problem.