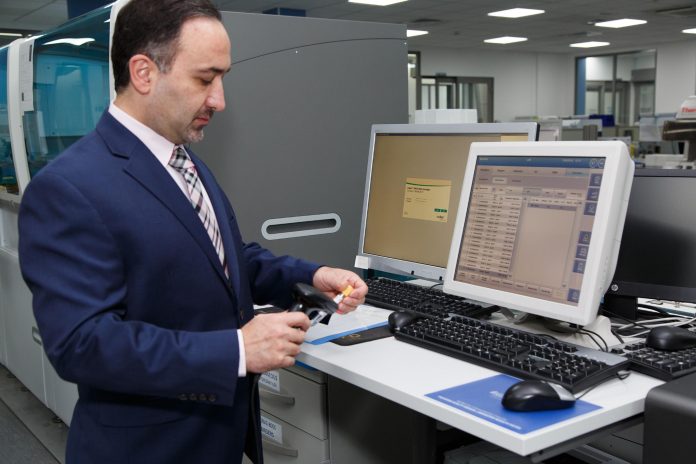 During Men’s Health Awareness Month taking place throughout November, medical experts at National Reference Laboratory and Cleveland Clinic Abu Dhabi — both part of Mubadala’s network of world-class healthcare providers — are highlighting the importance of screening for the early detection of prostate cancer for all men, especially those with a family history of the disease.

Early detection is key in the battle against prostate cancer. When the disease is in its initial stages (0-II), less aggressive treatment is needed and the survival rate is almost 100 percent. However, if left undetected and allowed to progress to other areas in the body, the five-year survival rate drops significantly to 30 percent.

“Unfortunately some men are diagnosed with prostate cancer in the late stages of their disease when it cannot be cured. So I strongly encourage all men between the ages of 50 and 70 to take charge of their health and consult their doctor about whether prostate cancer screening is right for them. A simple blood test can save their life,” said Dr. Waleed Hassen, a urologic oncologist in the Surgical Subspecialties Institute at Cleveland Clinic Abu Dhabi.

Screening for prostate cancer is usually performed via a digital rectal examination (DRE) and/or a very simple blood test, called a prostate-specific antigen (PSA) test, which detects the level of PSA protein found in the blood. According to the American Cancer Society, the majority of men without prostate cancer have PSA levels under 4 nanograms per milliliter (ng/mL) of blood.

“Elevated PSA levels are an indicator that the patient may have prostate cancer and is therefore routinely used as a screening method. If the results of a patient’s PSA test suggests the presence of cancer, a prostate biopsy can be performed to establish a diagnosis,” said Dr. Basel Altrabulsi, Chief Medical Officer at National Reference Laboratory.

Dr. Basel Altrabulsi, Chief Medical Officer at National Reference Laboratory continued: “Since most mutations are hereditary, screening via genetic testing is recommended for men with a strong family history of cancer – such as prostate, breast, pancreatic or colon cancer – in order to better understand their risk. Based on the results of the patient’s genetic tests, their physician will personalize their screening frequency, put in place preventative measures and potentially plan an early intervention.”