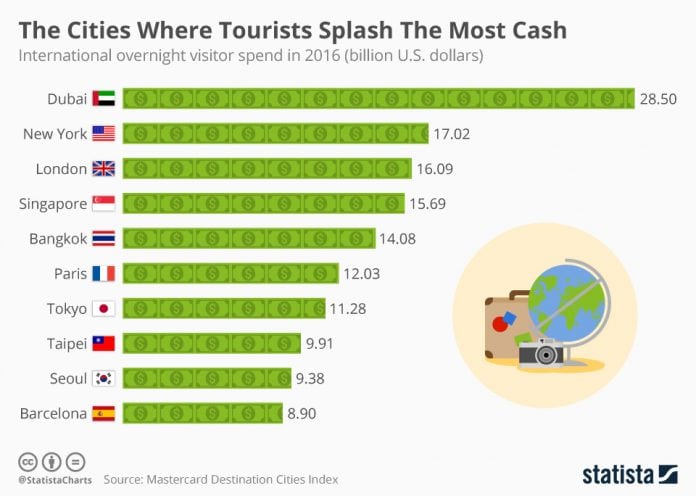 According to the annual Mastercard Destination Cities Index, Bangkok was the world’s most visited tourist destination. The Thai capital attracted 19.41 million visitors last year, more than both London (19.06 million) and Paris (14.87 million).

Despite coming fourth for visitors, Dubai significantly outpaced all other cities in spending. Crowds of tourists flock to Dubai every year, due to a host of attractions ranging from excellent museums to the the 2,717 ft tall Burj Khalifa, the world’s tallest man made structure. One of its biggest draws, however, is its burgeoning reputation as the Middle East’s shopping capital.

Tourists who want to go shopping in Dubai will be overwhelmed by the options on ofer. The city has over 70 shopping malls including the Dubai Mall, the world’s biggest shopping complex by total area. Unsurprisingly, that means Dubai’s overnight visitor spend is gargantuan. Last year, visitors splurged $28.5 billion and Mastercard predicts that sum will increase by over 10 percent this year. Even though New York and London are massive for retail, both cities lag far behind Dubai in visitor spend, bringing in $17.02 and 16.09 billion last year respectively. 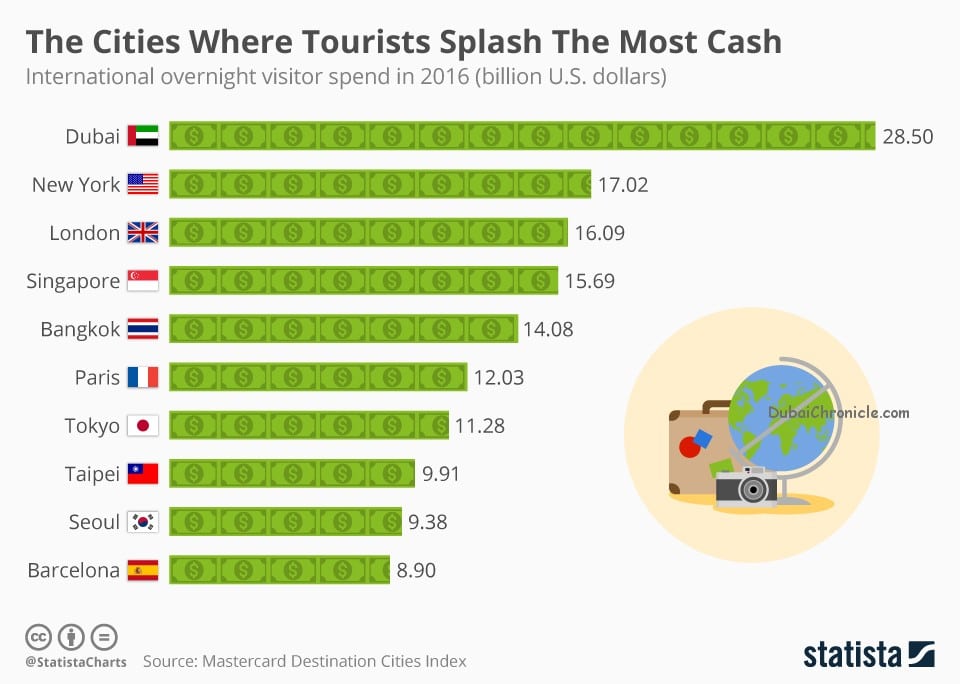