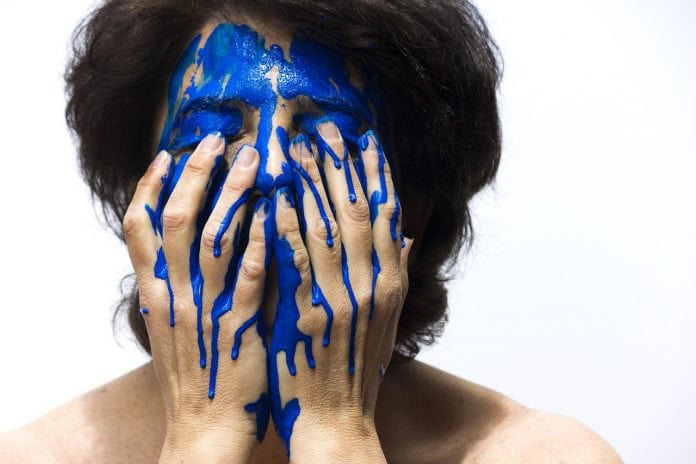 Women who struggle with anorexia nervosa or obesity exhibit low levels of a neuroactive steroid known as allopregnanolone, a metabolite of the hormone progesterone, according to a new study published in the journal Neuropsychopharmacology.

Previous studies have linked low levels of allopregnanolone (allo) to depression and anxiety, which are common mood symptoms in both anorexia and obesity. Low levels of allo have also been found in people with post-traumatic stress disorder (PTSD). But until now, the chemical and its impact on mood has not been measured in anorexic or obese women.

Allo binds to receptors and enhances the signal of the neurotransmitter gamma-aminobutyric acid (GABA), generally producing a positive mood and feelings of well-being. More than 50 percent of women with anorexia nervosa have depression or anxiety, and 43 percent of adults who are obese have depression.

“Depression is an incredibly prevalent problem, especially in women, and also particularly at the extremes of the weight spectrum,” said study leader Dr. Karen Miller, professor of medicine at Harvard Medical School.

“The hope is that a greater understanding of mechanisms contributing to these disorders —including abnormalities in the regulation of hormones and their neuroactive metabolites — may lead to new targeted therapies in the future.”

The study involved 12 women with anorexia nervosa with amenorrhea (not having menstrual periods) whose body mass indices were less than 18.5; 12 normal-weight women with BMIs between 19 and 24; and 12 obese women with BMIs at 25 or higher.

None of the women had received a diagnosis of depression or had ever taken antidepressants. The average age of the participants was 26 years old.

Participants gave blood samples and completed questionnaires to measure levels of depression and anxiety. The lab used gas chromatography and mass spectrometry to pick up extremely small levels of sex hormones and metabolites in the participants’ blood serum, saliva and brain tissue.

“We are beginning to see more and more evidence that low allo levels are tightly linked to depression, anxiety, post-traumatic stress disorder, and other mood disorders,” said Dr. Graziano Pinna, associate professor of psychiatry in the University of Illinois at Chicago (UIC) College of Medicine and an author on the paper.

“To see that women with anorexia nervosa and obesity have low levels adds to the picture that the role of allo is under-recognized in mood disorders.”

The researchers also found that progesterone levels were similarly low across all groups. This suggests that the low allo levels may have been caused by improper functioning of enzymes responsible for the metabolism of progesterone into allo.

“That we found that obese women had lower allo levels than normal weight participants adds to growing evidence that this steroid is involved in depression and anxiety regardless of how much progesterone is available to begin with.”

Pinna believes that the enzymes that convert progesterone into allo may not be working properly, causing decreases in allo that lead to mood disorders.

“Drugs that increase the efficacy of these enzymes may be useful in helping to boost allo levels,” he said. “But more research is needed to figure out exactly the deficit in the metabolism of progesterone into allo so that precision medicines using allo as a biomarker can be developed.”