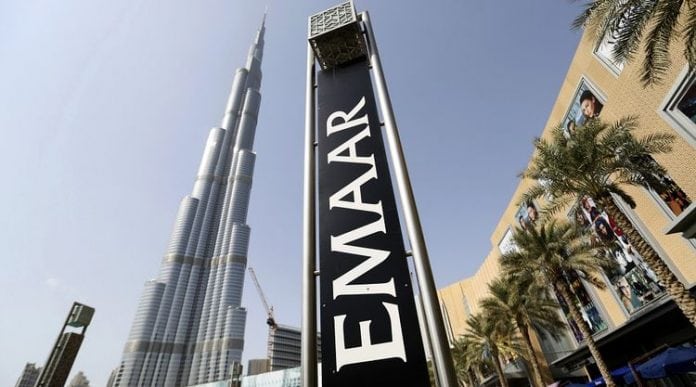 Emaar Development is set to list a 20% stake on the Dubai exchange on November 22nd.
The move comes at an opportune time, with property transactions for off-plan housing in Dubai – Emaar Development’s core offering — up 65 per cent in the first 10 months of 2017, compared to the same period in 2015, according to data.

When the most celebrated man-made structure on Earth is built and occupied, what’s the next frontier? For Emaar Development, it is the public itself.

Its Initial Public Offering (IPO) is slated to go to market on November 22, listed on the Dubai Financial Market. Even with 20% of the company being offered, it is a firm step in the right direction for the UAE real estate market. For end-users and the general public, the IPO signals better health overall for the economy and a clear signal of market optimism.

“This, combined with reported development profit margins of over 40% and a long back log of buyers, equals an interesting proposition for local investors. The IPO is a very positive move for the market.”

Its position is strong going into its IPO, with revenue for the first half of 2017 up 27 per cent to Dh6.5bn, with income from apartment sales up 82 per cent compared to the same time window the year prior. Emaar Development accounted for 40 per cent of the company’s revenue and 31 per cent of its gross profit in the first half of 2017, according to its results document available on its website.

An IPO will secure more funds for the company’s investment ambitions, but it is not just Emaar that can benefit. The open market is best at determining a company’s value, and investor confidence in the region – as oil prices remain suppressed – in sectors like real estate and development, are a boon to the UAE. Investments in real estate and developers who add value and vitality to Dubai, as Emaar has already done with past projects, is a marked step away from oil dependency and makes for a less volatile market.

Being beholden to public shareholders, too, should make Emaar Development more transparent.

Emaar Development may make its ambitions better known to the public sooner, as shareholders should have a say in the company’s long-term direction and near-term plans. This opens Dubai up to more public discourse about ambitious development plans, and innovative, shareholder-friendly ways of getting them built.

The New Corporate Tax Structure in the UAE – Boon or Bane

Rollout of Vaccines Puts Huge Uncertainty around All Economic Views

Overcoming ‘Work from Home’ Security Challenges: Security Beyond the VPN