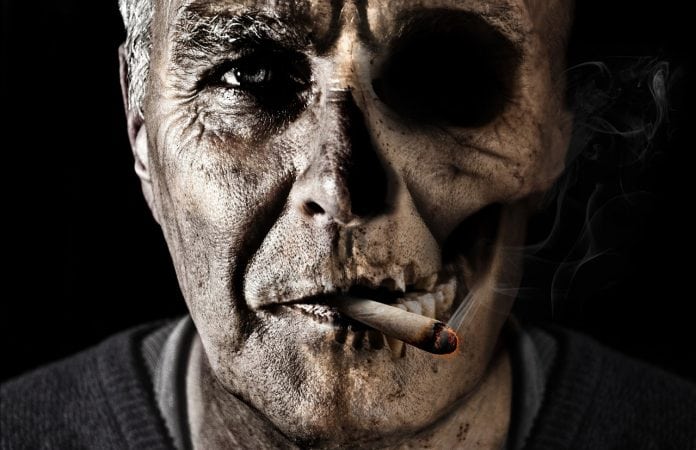 Online social networks designed to help smokers kick the tobacco habit are effective, especially if users are active participants, according to a new study from the University of Iowa and the Truth Initiative, a nonprofit anti-tobacco organization.

The study examined the smoking habits of more than 2,600 smokers who participated in BecomeAnEX.org, Truth Initiative’s online smoking cessation community designed in collaboration with the Mayo Clinic. The study found that 21 percent of those classified as active users after their first week in the community reported that they stop smoking three months later. Those who were less active in the community were less likely to quit.

Kang Zhao, assistant professor of management sciences in the UI Tippie College of Business and the study’s co-author, says the results show that online interactions can predict offline behavior.

“How central you become in the online social network after the first week is a good indicator of whether you will stop smoking,” says Zhao. “This is the first study to look at smokers’ behaviors in an online community over time and to report a prospective relationship between social network involvement and quitting smoking.”

The BecomeAnEX website enables members to share information and support through blogs, forums, and messages. Although the site is focused on smoking cessation, users can post on any topic. More than 800,000 users have registered since the site launched in 2008, resulting in a large, active community of current and former tobacco users supporting each other.

Funded by the National Cancer Institute, the study constructed a large-scale social network based on users’ posting habits. Key finding was that increasing integration into the social network was a significant predictor of subsequent abstinence. Three months after joining the BecomeAnEX social network, users who stayed involved on the site were more likely to stop smoking when researchers contacted them to assess their smoking status.

The study did not examine why greater community involvement had such a positive effect on smoking cessation. Researchers speculate it may be because of powerful social network influences.

Spending time with others who are actively engaged in quitting smoking in a place where being a nonsmoker is supported and encouraged gives smokers the practical advice and support they need to stay with a difficult behavior change. Quitting tobacco can be extremely difficult. The study’s results demonstrate that online social connections and relationships can make a real difference.