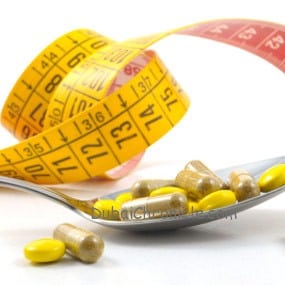 A drug that targets the appetite control system in the brain could bring about significant weight loss in people with clinical obesity, according to new research.

On average, people lost 5kg (11lbs) over a 12 week period after receiving weekly doses of semaglutide, a compound currently being developed as a treatment for Diabetes.

Most of the weight loss came from a reduction in body fat, researchers at the University of Leeds found after reviewing its effectiveness. The drug reduced food cravings, with people choosing to eat smaller meals and decreasing their preferences for foods with a higher fat content. The study also added to the scientific understanding of how drug therapy can be used to tackle obesity. For the first time, scientists saw the benefit of very specific targeting of receptors or sensors that could affect multiple components of the brain’s appetite control system.

The drug reduced hunger but also cravings for food and the sensation of wanting to eat — and these had previously been thought to stem from different parts of the brain.

The research has been published in the journal Diabetes, Obesity and Metabolism.

Semaglutide is a new drug being developed by the Danish pharmaceutical company Novo Nordisk as a treatment for diabetes.

Its chemical structure is very similar to the naturally-occurring hormone GLP-1 which is believed to act on the appetite control centre in the hypothalamus in the brain to reduce feelings of hunger.

Given the close similarity between semaglutide and the body’s own appetite-control chemical, the study set out to examine whether the drug could also be used to tackle obesity by acting on the brain’s appetite control receptors.

The potency of the drug is probably due to the action of the GLP-1 protein receptors on broad aspects of the appetite control system including hunger, craving and rewarding aspects of food.

In the study, the drug was given to 28 people with a body mass index (BMI) range of 30 to 45 kg/m2 — meaning they were very overweight with a lot of body fat.

The participants were split in two groups — half got semaglutide and the other half a placebo (dummy) substance for 12 weeks. They did not know what they were getting.

At the end of the 12 weeks, they were invited into a testing centre and offered a lunch and evening meal and told to consume as much as they needed to feel ‘pleasantly full’. What they were eating was recorded, along with food preferences and their sensations of liking and wanting food. Body weight and body composition — the percentage of body fat — were also recorded.

They then repeated the process, with participants who got semaglutide this time getting the placebo and vice versa.

The results were then compared. The research team found that on average the daily energy intake, a measure of the amount of food consumed, was 24 per cent lower with semaglutide.

A further feature of the study was that measured energy expenditure from metabolic processes (the Resting Metabolic Rate) remained roughly the same throughout the experiment suggesting the weight loss could not be due to metabolism becoming more active. Consequently the fat loss produced by the drug could be attributed to better control over appetite.

A drug that reduces daily food intake by about a quarter with a substantial reduction in body fat will help some people to feel more in control of their lives and will help to prevent the onset of poor health that often arises from obesity.

Semaglutide is in the advanced stages of development but is not yet on the market.

The study was funded by Novo Nordisk but carried out independently. The University of Leeds was asked to conduct the research because of its expertise in the science and investigation of appetite control.