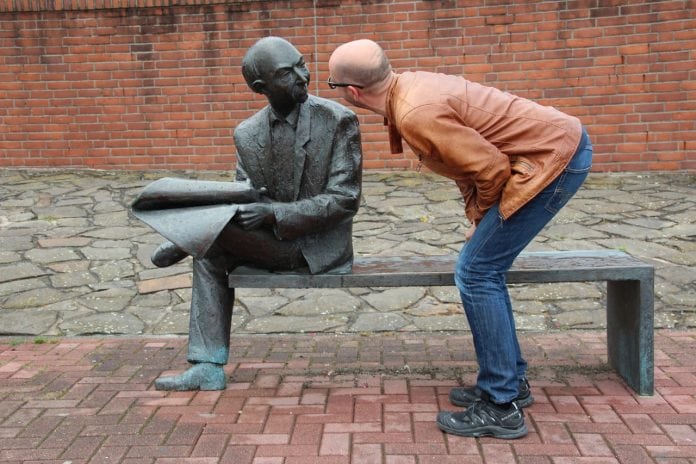 How men age and how happy individuals are remains relatively stable for some 80 percent of the population. Perceptions of unhappiness, or dealing with “hassles” tends to get worse once you are about 65-70 years old. The usual reasons for that are health issues, cognitive decline or the loss of a spouse or friends.

Aging is neither exclusively rosy nor depressing. How you react to hassles and uplifts as a 55- to 60-year-old may change as you enter what researchers call “the fourth age,” from 75 to 100. It depends on your perceptions and/or your life experiences.

In general, life gets better as you age in the sense that older adults on average have fewer hassles and respond to them better than younger adults. They also experienced more uplifts, at least until their mid-70s.

Once you turn 70, how you react to these hassles changes and may be dependent on your resources or your situation in life.

Results of a study, which was funded by the U.S. National Institutes of Health and the Department of Veterans Affairs, have been published in the journal Psychology and Aging.

The researchers used data, which looked at 1,315 men ages 53 to 85 years of age, predominantly made up of men who were initially in good health at entry into the study. This particular study aimed to take a fresh look at the emotional reactions of older adults and evaluate whether three previously established, yet contradictory models of aging had validity.

One of those models, known as the hedonic treadmill model, suggests that how happy or unhappy you are is relatively stable through your life, outside of a few up-or-down blips. A second theory posits that in general things get better as you age, while the third says your life will spiral downhill rapidly once you turn 80.

The new study, led by researchers from Oregon State and Boston University, found some support for all three models, depending on whether you looked at hassles or uplifts and the age of the men. How men appraised their uplifts was stable, the researchers say, supporting the hedonic treadmill theory. But how they appraised hassles depended on their age: Appraisals got better through their 60s, but then started to become more severe in their 70s.

Nonetheless, some men respond more intensely to life’s ups and downs than others, but both the perception and intensity of these events is highly variable among individuals.

What researchers found was that among 80 percent of the men, the hassles they encounter from their early 50s on tended to decline until they reached about 65 to 70 years of age, and then they rose. Conversely, about 20 percent of the men perceived experiencing more uplifting events until they turned 65-70 and they begin to decline.

The study drew from the perceptions of the men over events in their lives that were big and small, positive and negative. Self-regulation, or how they respond to those events, varied.

Some older people continue to find sources of happiness late in life despite dealing with family losses, declining health, or a lack of resources. You may lose a parent, but gain a grandchild. The kids may leave the house, but you bask in their accomplishments as adults. You find value in gardening, volunteering, caregiving or civic involvement.

Based on the particular individual’s needs and lifestyle, interventions can be developed to balance wellness.