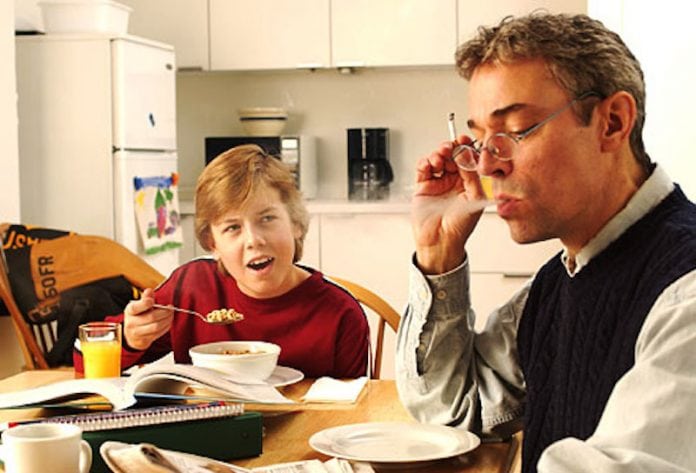 The results of a study presented at the Annual European Congress of Rheumatology (EULAR) 2017 press conference confirmed the link between active smoking and the risk of developing rheumatoid arthritis (RA). However, interestingly, it also suggested for the first time that in smokers, exposure to tobacco early in life through passive smoking in childhood significantly increased this risk.

In a second study, the preliminary results of a meta-analysis showed that smoking is associated with increased progression of structural damage to the spine in patients with ankylosing spondylitis (AS). Another important reason why rheumatologists should encourage their AS patients to quit smoking.

“Our study highlights the importance of avoiding any tobacco environment in children, especially in those with a family history of RA,” said lead author Professor Raphaèle Seror from University Hospitals of South Paris, France.

In a separate analysis looking for a potential association between the development of RA and a history of disrupted bowel function, previous chronic diarrhea was associated with more than double the risk of RA (hazard ratio of 2.32), while chronic constipation or alternating between diarrhea and constipation did not impact risk (hazard ratios of 1.16 and 1.07 respectively).

“An association between a history of chronic diarrhea and the risk of developing RA supports the hypothesis of dysbiosis (a bacterial imbalance in the gut) as a risk factor for the emergence of immune-mediated inflammatory disease,” explained Professor Seror. These data fit perfectly with the preclinical scheme of RA where an external event occurs at an early stage to promote emergence of so-called auto-immunity, followed years later by clinical RA,” she concluded.

Out of 70,598 women, a total of 1,239 patients self-reported developing RA, of which 350 cases were eligible for analysis of the link to active and passive smoking, and 280 in the analysis of the link to a history of an intestinal transit disorder. The mean age at inclusion in the study was 49.0 years; the mean duration of follow-up was 21.2 years.

11 self-administered questionnaires were sent to the participants between 1990 and 2014 to collect medical, demographic, environmental and hormonal data and dietary habits. The diagnosis of RA was collected on 2 successive questionnaires. Cases were considered certain if, having declared RA, they had taken a RA specific medication (methotrexate, leflunomide or a biologic) since 2004 (the period from which drug reimbursement data was available). Women were excluded if they had an inflammatory bowel disease and / or no information on their smoking status.

Passive smoking was assessed by the following question: “When you were children, did you stay in a smoky room?” Patients were considered exposed if the answer was “yes, a few hours, or yes, several hours a day.” The usual intestinal transit, reported by women prior to RA diagnosis (on average 10 years), were classified as normal transit, chronic diarrhea, chronic constipation, and alternating between diarrhea and constipation.

RA is the most common chronic inflammatory joint disease, affecting about 0.5-1% of the general population and causing progressive joint destruction, disability and reduced life expectancy. In recent years, many potential environmental factors have been associated with an increased risk of developing RA, but so far smoking is the only one that has been extensively studied.

To determine whether smoking is associated with more rapid spinal damage and disease progression seen on X-rays in AS patients, a detailed review and meta-analysis of all the relevant, currently available studies was conducted.

The combined data taken from 8 eligible studies suggested a significant association between smoking and cumulative spinal structural damage (Odds Ratio 2.02). Data from studies investigating the association between smoking and disease progression on spinal X-rays reflected in the formation of new bony growths (known as syndesmophytes ) and / or an increase in size of these syndesmophytes is still being assessed.

“Smoking constitutes a major risk factor not only for disease susceptibility but also disease severity in patients with AS,” said lead author Professor Servet Akar from Izmir Katip Celebi University Faculty of Medicine, Izmir, Turkey. “Rheumatologists should work hard to encourage their AS patients to quit smoking as this could have a major impact on future quality of life,” he added.

AS is a painful, progressive and disabling form of arthritis caused by chronic inflammation of the joints in the spine. Prevalence of AS varies globally, and is estimated at 23.8 per 10,000 in Europe and 31.9 per 10,000 in North America. Although AS is strongly associated with the genotype HLA-B27, not everyone testing positive for the marker goes on to develop the disease. Smoking, among other risk factors, increases the risk of developing AS.