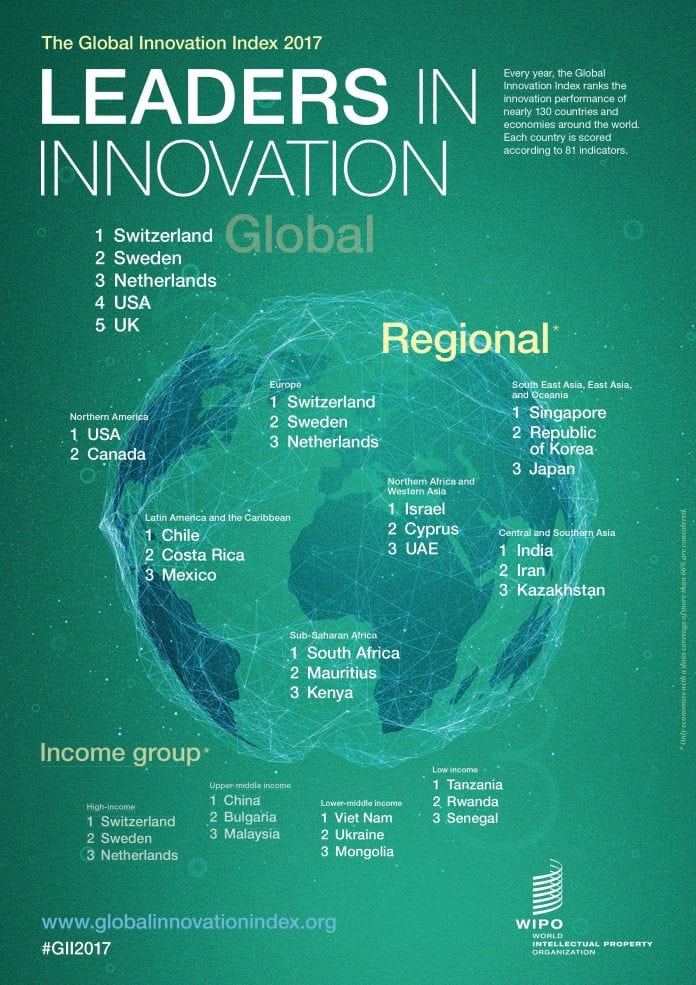 Switzerland, Sweden, the Netherlands, the USA and the UK are the world’s most innovative countries, while a group of nations including India, Kenya, and Viet Nam are outperforming their development- level peers, according to the Global Innovation Index 2017 coauthored by Cornell University, INSEAD and the World Intellectual Property Organization (WIPO).

Key findings show the rise of India as an emerging innovation center in Asia, high innovation performance in Sub-Saharan Africa relative to development and an opportunity to improve innovation capacity in Latin America and the Caribbean.

In 2017, Switzerland leads the rankings for the seventh consecutive year, with high-income economies taking 24 of the top 25 spots – China is the exception at 22. In 2016, China became the first-ever middle income economy in the top 25.

Next to innovation powerhouses such as China, Japan, and the Republic of Korea, a group of Asian economies including Indonesia, Malaysia, Singapore, Thailand, the Philippines and Viet Nam are actively working to improve their innovation ecosystems and rank high in a number of important indicators related to education, R&D, productivity growth, high- tech exports, among others. 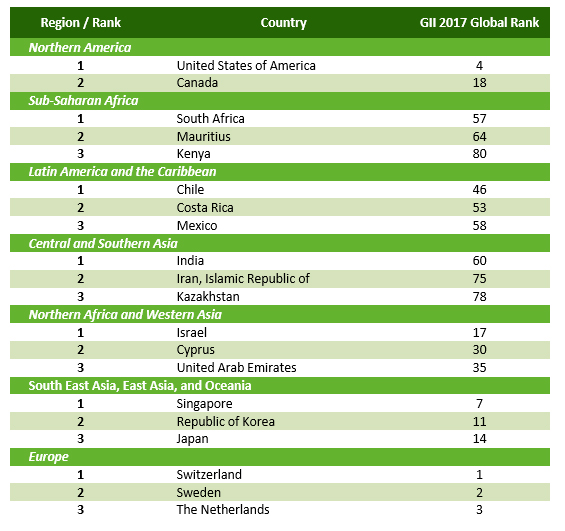 Israel (17th overall) and Cyprus (30th overall) achieve the top two spots in the region for the fifth consecutive year.

India, 60th globally, is the top-ranked economy in Central and Southern Asia and has now outperformed on innovation relative to its GDP per capita for seven years in a row. India has shown improvement in most areas, including in infrastructure, business sophistication, knowledge and technology and creative outputs.

The Islamic Republic of Iran (75th overall) excels in tertiary education, ranking second in the world in number of graduates in science and engineering. Tajikistan (94th) is first in the world in microfinance loans, while Kazakhstan (78th) ranks first globally in pupil-teacher ratio and third in ease of protecting minority investors.