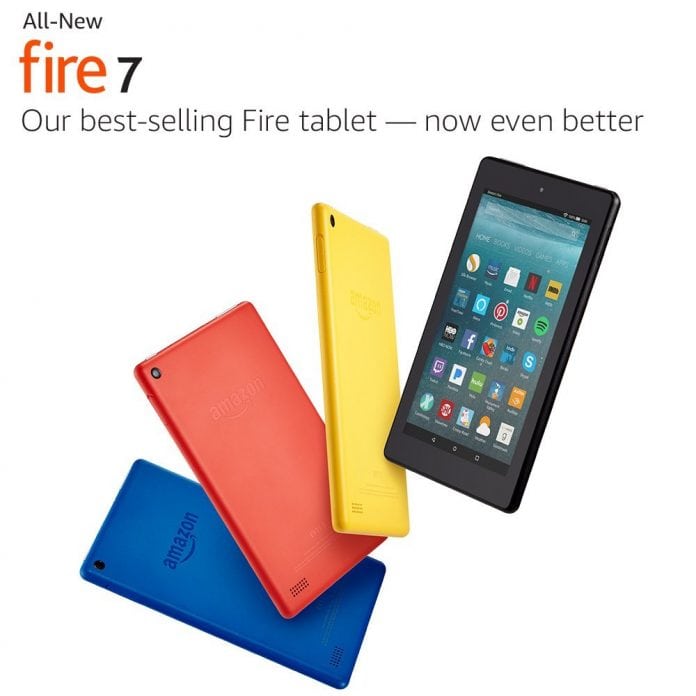 Amazon has just announced a new, upgraded version of its Fire Tablet and it seems this is the best tablet under $50 you can get nowadays.

Available on June 8th, the new tablet has a better screen, longer battery life, dual-band Wi-Fi support, Alexa integration, and more storage upgrade options while still being thinner and lighter than before.

In many ways Amazon has brought many of the same specs from its Fire HD 8 â€” which has received a minor update and price drop â€” to the lower end model.

Both tablets have a quad-core 1.3ghz processor, run the same software, and have access to Amazon-exclusive services. These improvements will be felt by users each time they use the Fire Tablet, and although none are giant leaps forward, they further Amazon’s lead in the budget tablet space.

Its newer screen, while still not HD, will make reading and watching videos better; the faster processor and Wi-Fi chip will help apps and websites load faster; Alexa is continuing to challenge Siri, Cortana, and Google in the world of smart assistants. And honestly, who doesn’t want better tech that’s also slimmer and lighter?

We called last generation’s Fire Tablet “the new standard for cheap tablets” this continues that trend, and if you’ve been waiting to see whether or not a tablet makes sense for you, there has never been a better time.