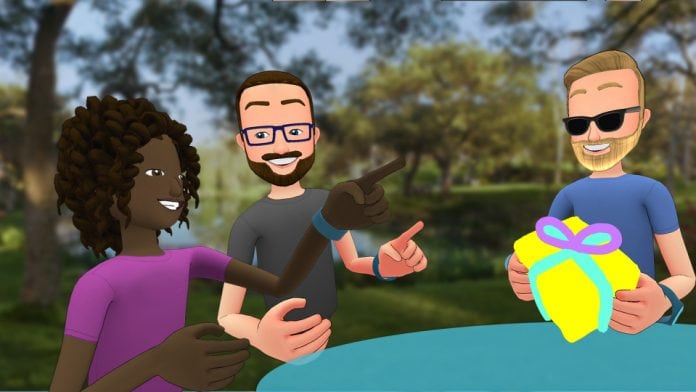 CEO Mark Zuckerberg said in a keynote speech that he no longer viewed glasses and spectacles – such as those created by Alphabet Inc., Microsoft Corp., and Snap Inc. SNAP, as the first mainstream augmented reality platform. Instead, he believes the cameras on existing smartphones will lead the adoption of augmented reality.

Zuckerberg said the new technology will be able to read the depth of the room to better recognize and interact with objects in the physical world. This would be a more advanced kind of augmented reality than what is portrayed in the trendy game Pokémon Go.

In that game, digital images are placed over objects in the real world, however they have little other connection and interaction with the surrounding world.

The new VR social network is still in beta stage, but it looks very much like a game for people with lots of free time on their hands. You are expected to impersonate a character that resembles your looks from a picture of your choice in order to do things together with Facebook friends online. You can play pretend to go shopping together or celebrate a birthday party, providing you are a good person with harmless intentions as the majority of Facebook users.

We hope Facebook to let us know how we can use its new VR social network for let’s say productive tasks, entrepreneurial ventures or educational purposes. Play pretend is quite easy even in the real life!

Facebook also launched AR Studio on Tuesday, which would help consumers and developers build their own objects in augmented reality.

Shares of Facebook fell to $141.13 in afternoon trade. They’ve gained more than 10% in the past three months, outperforming the S&P 500 SPX,.