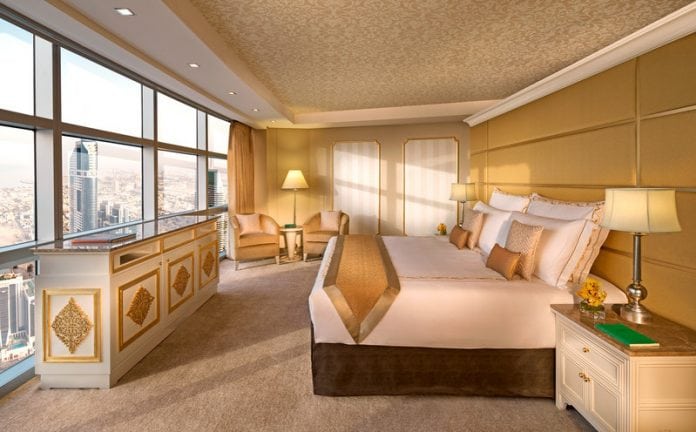 For today’s luxury apartments the amenities they come with and the convenience they offer their exclusive residents are as important as their prime locations.

While facilities such as private cinemas, 24-hour concierges, residents’ lounges – not to mention top-of-the-range gyms and spas – are now commonplace in high-end residential developments, the focus is shifting to reinforcing the idea of luxury in new ways.

Developers have been competing with each other on amenities packages for several years. They have reached a bit of a ceiling on amenities and are now looking to find other ways to make their properties stand out.

Joining forces with luxury hotel groups is one such way. Offering a link to a hotel is a very popular feature globally. Buyers want to equate residential developments with a brand, usually the developer. But if that brand is a hotel they stay in, they are more likely to buy into it. That link brings credibility.

Mandarin Oriental, for instance, is connected to the One Hyde Park development in London, allowing residents to make use of the hotel’s high quality training of staff and wide range of dining and leisure facilities. Mandarin Oriental already has similar arrangements in place with residences in New York and three other U.S. cities — and it is planning new ones in Munich, Abu Dhabi, Bali and four other global locations.

Fashion designers have long been involved in residential developments but now other luxury brands are following suit. In Miami alone, Aston Martin and Porsche have joined the likes of Karl Lagerfeld and Giorgio Armani in building their real estate credentials. The Porsche Design Tower, due to open in 2018, comes complete with car elevators while the penthouse offers an eleven-car gallery. And for those who prefer not to travel by car, the Aston Martin Residences, due for completion in 2022, promise a helipad on the roof and a super-yacht marina nearby.

While not all luxury apartments are targeting billionaires, at the upper end of the market, it’s about creating unique spaces. In London, Preedy says, developers are giving buyers more control over design. “The bespoke element could be very important in coming years,” he says. “This trend is going to be influenced by the fact that there are fewer potential buyers in London and more schemes becoming available. Plus buyers are now more educated about what money can buy and if they are spending a huge amount of money they want it to exactly fit their own personal requirements.”

With more international buyers in the market for high-end apartments, it’s a similar story in other cities, such as Dubai.

We’ve all seen the offers of expensive luxury cars, golf memberships and exotic holidays rolled out to entice buyers, but investors and end-users alike are a lot more astute these days and look much more carefully at what they are getting for their money. They are far more interested in the design and spaciousness of an apartment, the quality of fittings and materials throughout and how all this adds up to making living there a better experience.

Light, open spaces which still afford high levels of privacy are always in demand. Angled wrap-around windows are seen as one of the distinctive features of 15 Hudson Yards currently under construction in New York and are also a characteristic of New York’s 432 Park Avenue, the tallest residential building in the U.S. And the new Tower at 685 First Avenue will be a predominantly glass building, offering “privacy for residents” through a black glass facade.

And it’s not just about internal space. External space is also at a premium. Providing motor courts or other ample forms of car parking in city centers is a new mark of exclusivity. A block-long private driveway is the ultimate differentiating component in architect Isay Weinfeld’s Jardim project in Manhattan’s West Chelsea. As he tells Bloomberg: “It was my secret marketing angle to deliver an amenity that didn’t exist in the neighborhood.”

Offering capacious parking is becoming a deal-clincher in developments on both sides of the Atlantic. “If you spend millions on a flat, you probably want to park more than one car,” says Preedy.” But, as a result of local planning restrictions, many developments are limited to one parking space per apartment.”

A test bed for new tech

Technology is another fast evolving feature of the luxury residential market. At the moment, the Jasper building in San Francisco is seen as one of the most advanced in its use of IT – offering smart alerts to the concierge when residents leave and enter, the fastest internet speeds in the city, and interactive touchscreen technology for deliveries.

The blossoming Internet of Things could take luxury residences to another level whether through home automation systems giving residents control over everything from temperature settings to entertainment to wifi-enabled cameras and smart mirrors enabling residents to view their morning schedule as they style their hair.

While luxury apartments remain out of the budget of the majority of people, that’s not to say that many of the features don’t end up in lower priced residential developments from concierges to private screening rooms. Comfort cooling was once a luxury appliance, but now it is fairly standard across many new developments. Certain amenities are tested at the top end of the market, refined and then filtered down. Like catwalk fashions and colours filtering down to the high street over the course of a season.

As more luxury apartments spring up around the world, developers are under increasing pressure to differentiate their buildings. This means that they will have to continue to innovate across their designs, services, use of technology and choice of location.